27-year-old man shot and killed in the Bronx

Police are searching for suspects after a 27-year-old man was shot and killed in the Bronx on Thursday afternoon.

NEW YORK - The NYPD is investigating a deadly shooting of a California drill rapper inside a pharmacy in the Bronx on Thursday afternoon.

Authorities say it happened just before 2 pm. at the Amazing Pharmacy on East Tremont Avenue in the Tremont section.

27-year-old Avanti Frowner of Los Angeles was shot several times by a group of assailants.  EMS responded to the scene and took him to St. Barnabas Hospital but it was too late to save his life.

The NYPD confirmed the victim was a drill rapper.  Frowner uses the stage name Moneygang Vontae and was reportedly in New York City for a show.

He was reportedly targeted by a group of men trying to rob him of a large gold chain he was wearing.

Police say the suspects took off from the scene after the shooting, and there currently have been no arrests.

On Saturday, the NYPD released the photos of five men wanted for questioning in connection with the killing. 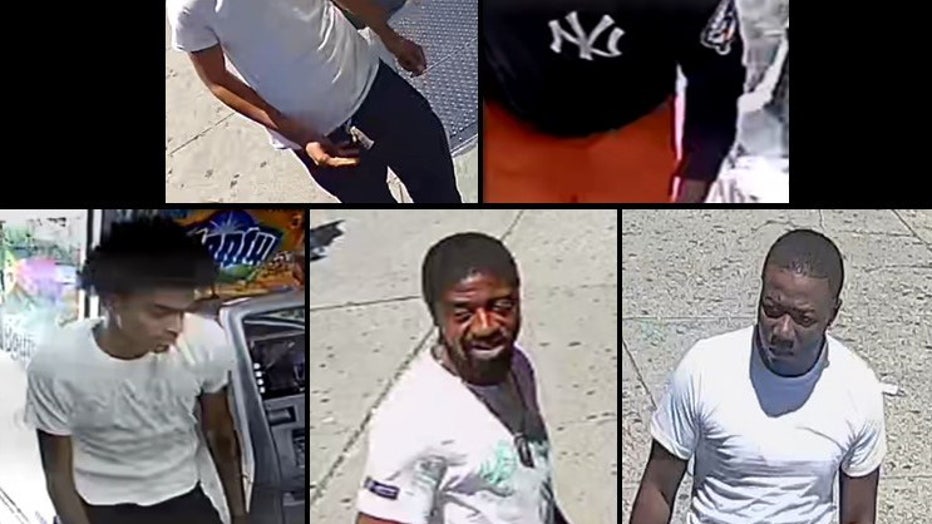