Man robbed of $4M in jewelry in NYC

A pair of robbers is targetting people wearing expensive jewelry as they leave Manhattan hotspots.

NEW YORK - A pair of robbers are targetting people wearing expensive jewelry as they leave Manhattan hotspots, including one where a man was robbed of approximately $4 million in jewelry.

The NYPD says the first incident took place on Thursday, August 14, just before 4:30 a.m.  A 47-year-old man and a 27-year-old man had just left TAO Downtown on 9th Ave in Midtown.  When they walked to the corner of West 30 St. and Broadway, two men got out of a black Mercedes Benz.

They walked up to the victims.  One of them pulled a gun and they took multiple pieces of jewelry from the two victims, including multiple chains, necklaces, rings, and a Richard Mille watch from the 47-year-old with a total value of approximately $4 million, and a medallion necklace from the 27-year-old worth approximately $10,000.

The robbers then jumped back in their car and took off southbound on Broadway toward West 28 Street and turned left toward 5 Avenue.

The victims were not hurt.

The second robbery took place just after 1 a.m. on Saturday.  A 34-year-old man had just left Pergola restaurant located at 36 West 28 Street and was walking toward Broadway in Chelsea when a black Mercedes Benz approached and parked at the corner.

Two men got out of the car and pointed a gun at the victim.  They took a Cuban necklace, a tennis bracelet, and an Audemar watch from the victim, with a total value of approximately $100,000.

They took off in the Mercedes Benz southbound on Broadway and then turned right onto West 27 Street, heading toward 6 Avenue.

The victim was not injured. 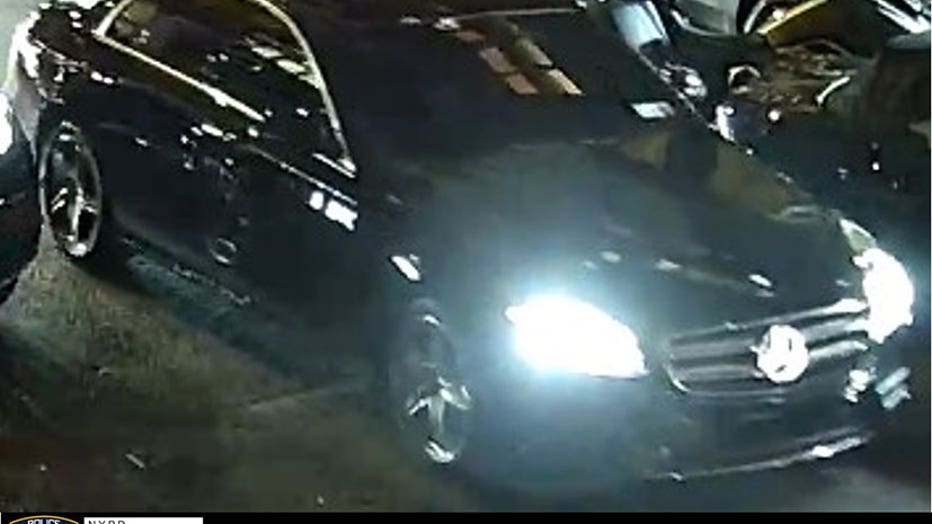 The vehicle that both individuals were passengers in is described as a black Mercedes Benz with an illuminated emblem on the front of the car, tinted windows, and 5-point star rims. An unknown third individual was driving the vehicle.