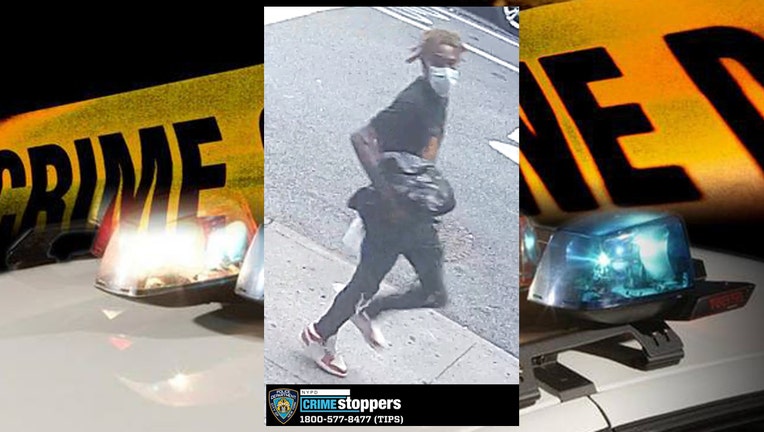 A man was attacked and robbed of a huge amount of cash behind a Bronx building.

NEW YORK - A man was attacked and robbed of a huge amount of cash behind a Bronx building.

The NYPD says it happened on Monday, Sept. 12 at around 4:30 p.m.  They released a photo Thursday of a man they are looking for in connection with the incident.

The 47-year-old victim was sitting in the rear of 1111 Gerard Ave. in the Concourse section when three men approached him from behind and started to punch and kick him.

They then grabbed his camouflage backpack, which contained approximately $100,000 cash and personal identification cards and documents.

The New York City Police Department says the tri then took off onto River Avenue and then eastbound on McClellan Street.

The victim sustained bruising and pain to his face and body but declined medical attention at the scene.

The first suspect, seen in the photo released by the NYPD, took off with the victim's bag.  He is approximately 30-years-old, with a dark complexion, slim build, and braided black hair.  He was last seen wearing a blue face mask, a black t-shirt with orange writing, black jeans, and white and orange sneakers.

The NYPD only had vague descriptions of the other two men, saying they were approximately 30-years-old with dark complexions.

The men went into the Tribeca parking garage on Thursday and stole 4 luxury vehicles at gunpoint.