The NYPD is hunting for a man they say punched a wheelchair-bound 67-year-old woman on a bus in the Bronx.

NEW YORK - Police are looking for a man who allegedly punched a wheelchair-bound woman onboard a Bronx bus early Friday morning.

According to authorities, a 67-year-old woman was riding a Bay Plaza-bound Bx28 bus at around 11:45 a.m. near Van Cortlandt Avenue East and Bainbridge Avenue in Norwood when the suspect approached her as he was exiting the bus.

Authorities say he then punched the woman in the face without any apparent provocation and then got off the bus.

EMS took the woman to Jacobi Hospital in stable condition for treatment of pain and discomfort.

The NYPD has released surveillance video and photos of the suspect, who is described as a dark-skinned man, roughly 20 years old, standing 6'1" tall and weighing 160 lbs., with a medium build and short, dark, close-cut hair. He was last seen wearing a blue hooded sweatshirt, grey shorts, white socks, and orange Nike sneakers. 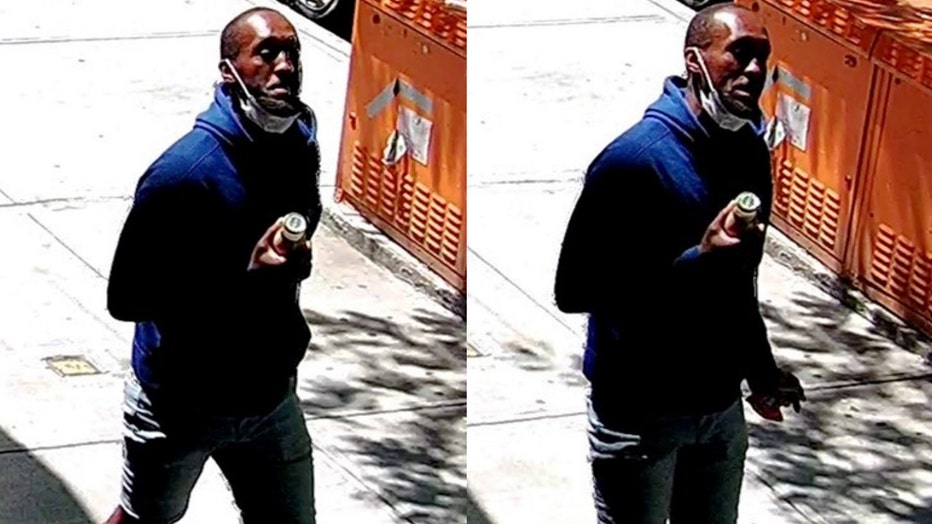