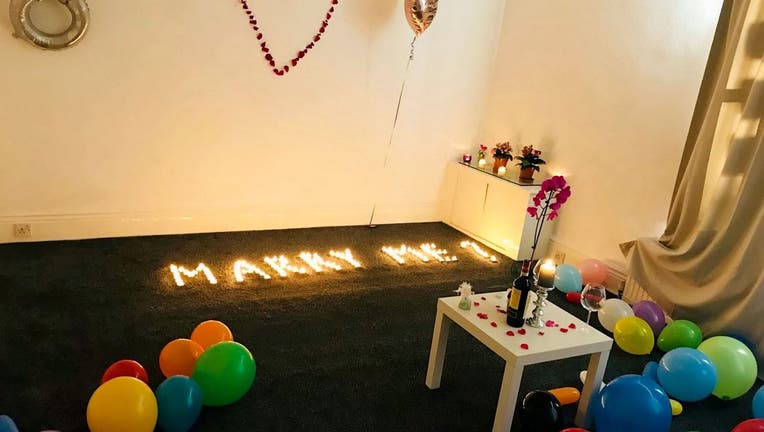 A hopeless romantic accidentally torched his apartment when planning to pop the question to his girlfriend. (SWNS)

A man in England made his fiery love for his girlfriend official by popping the question with dozens of candles, in a heartfelt display that accidentally burned down their apartment.

Albert Ndreu recently went all-out to surprise Valerija Madevic with the big question, filling their living room with candles, 100 tea lights and 60 balloons, news agency South West News Service (SWNS) reports. The Sheffield, South Yorkshire man even spelled out “Marry me?” with flaming tea lights on the floor, coupled with a bottle of wine and a romantic playlist.

Ndreu briefly left their home to pick up his fiancé-to-be from work, and returned to find dark smoke billowing from the apartment around 8:30 p.m.

Three fire crews from South Yorkshire Fire and Rescue rushed to the scene and no one was injured, the fire department said. 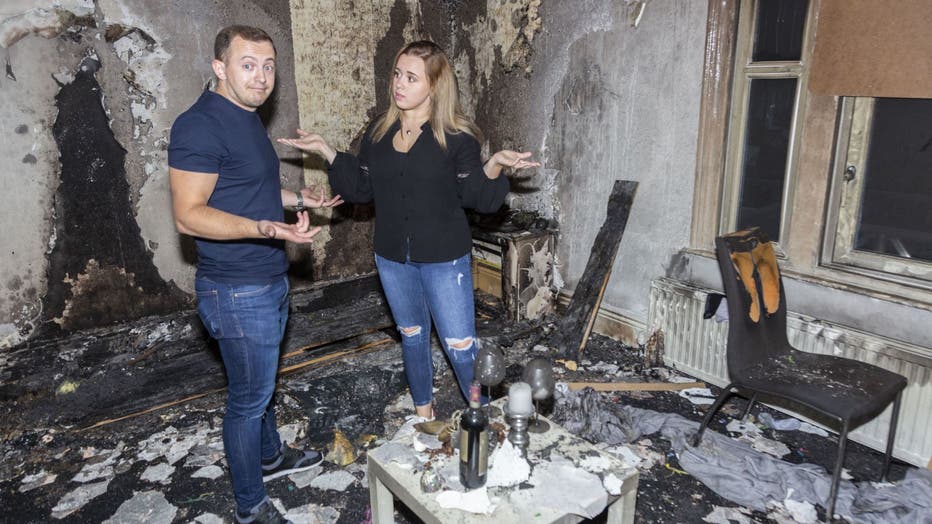 Albert Ndreu and Valeria Madevic are engaged -- after the future groom accidentally burned down their apartment. (SWNS)

Undeterred, Ndreu got down on one knee to propose. As sirens wailed and the smoke cleared, Madevic said, “Yes.”

The future groom explained that he had been planning the proposal for over two weeks, and had spent more than four hours setting up the space.

“I wanted to say something like she was the light of my heart, but maybe that was too much light,” he continued. “I was so worried about everything going wrong I never imagined I could set the house on fire.”

The couple connected a year ago on a dating site, and sparks immediately flew.

“We spoke for hours and hours and talked about anything and everything,” Ndreu said. “We got on like a house on fire, but maybe we took that a bit too literally.”

Just before the engagement, Valerija said she was suspicious when her then-boyfriend presented her with flowers upon picking her up from work.

“When I got the flowers I thought he must have broken something or destroyed something in the house,” she said. “Little did I know he had destroyed our entire living room.” 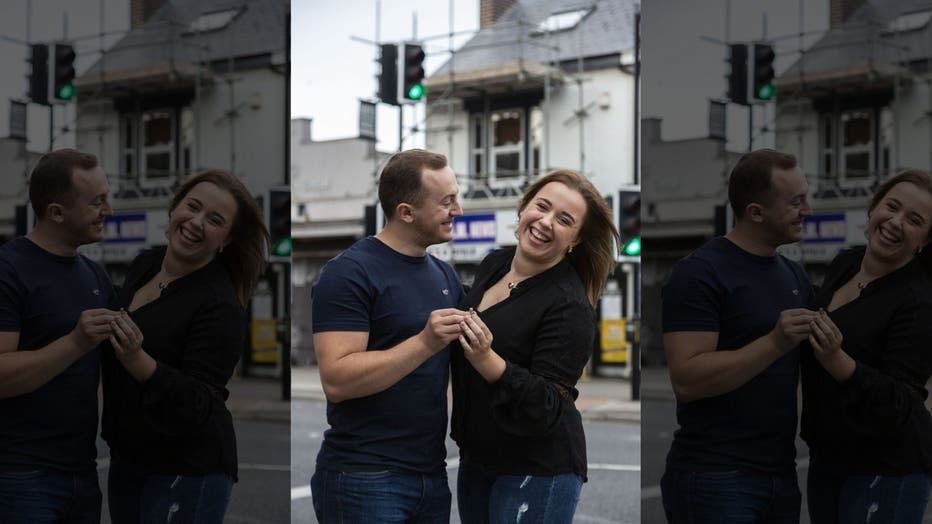 Undeterred, Ndreu got down on one knee to propose. As sirens wailed and the smoke cleared, Madevic said “yes.” (SWNS)

Coming home to find their apartment on fire, the woman said she was in “total shock” at the devastation – though there was an even bigger surprise in store.

“He pulled out a box from his pocket and I was just speechless,” Valerija said. “He said that he messed up - our house was literally in flames - but asked me if I would marry him.”

For the time being, the couple is staying at Ndreu’s cousin’s house as they await more information from their insurance company. Remarkably, only a laptop, speaker and some books were lost in the blaze. 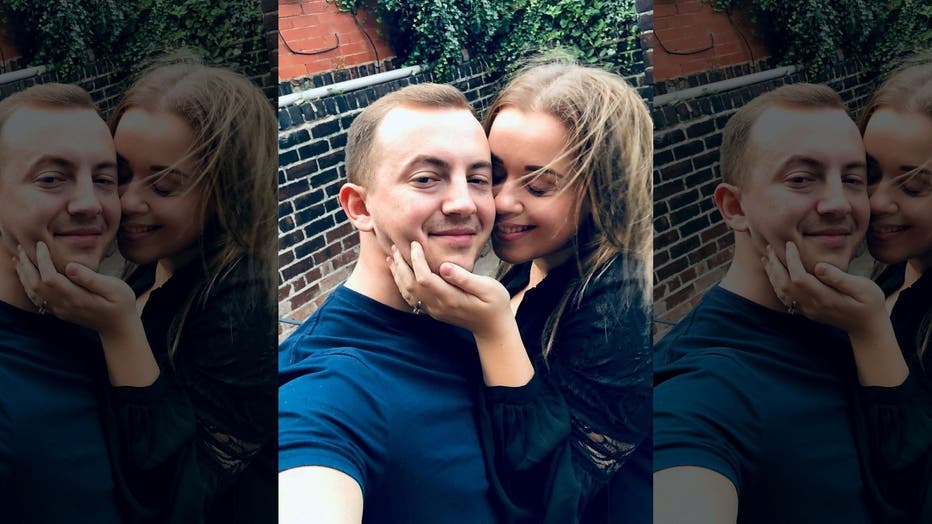 The couple connected a year ago on a dating site, and sparks immediately flew. (SWNS)

“You can replace things in the house, but not our love for each other,” the bride-to-be explained. “But Albert is banned from candles and balloons for a while, even with his birthday coming up.”

Meanwhile, Ndreu claimed that he’s normally “very responsible” but got swept up in the moment – and love for his partner.

Moving forward, the couple hopes to wed on the anniversary of the house fire, and plan to invite members of the local fire department as the guests of honor.