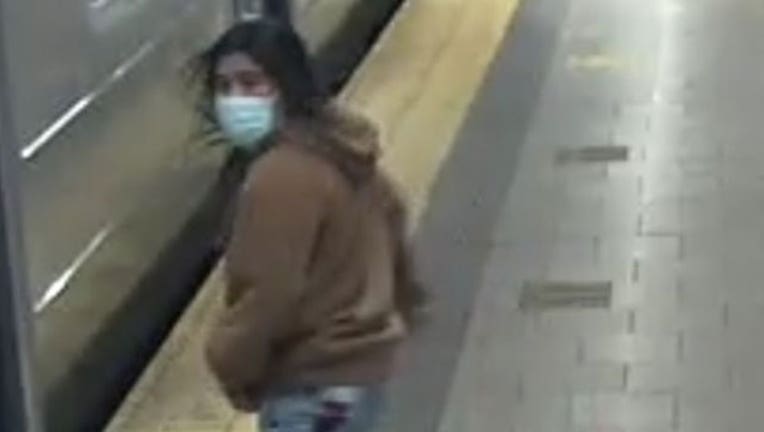 The NYPD released this image of a man wanted for a killing in a Manhattan subway station.

NEW YORK - Police in New York are asking for help looking for a person who man be connected to a killing after a man was found stabbed to death inside a Lower Manhattan subway station.

The murder happened inside the Chambers Street station just before 3 p.m. on Saturday afternoon.

Police found the victim collapsed on the J and Z subway platform with multiple stab wounds to his legs.  He was unconscious and unresponsive when police arrived.

He was taken to Downtown Beekman Hospital but he was already dead.

The NYPD didn't release his name but said he was in his 20s.  No arrests have been made in the case and the investigation is continuing, according to police.

On Sunday morning they released images of a person of interest in the case.  They say he has a light complexion, is approximately 30-years-old, 5'5" tall, and about 150 pounds.  He has long black hair and was last seen wearing a brown hooded sweatshirt and blue jeans.