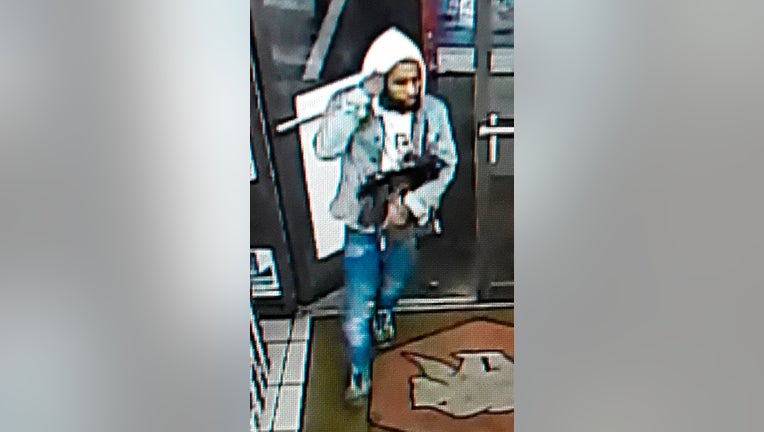 This image provided by the Lafourche Parish Sheriff Office shows a suspect entering a convenience store in Galliano, La. Louisiana authorities are trying to identify a man who left apparent designer bags holding drugs, a gun, cash and a digital scale

GALLIANO, La. (AP) — Louisiana authorities are perplexed over why a man left apparent designer bags holding drugs, a gun, cash and a digital scale in a convenience store.

The man went into the store early Thursday and put the Louis Vuitton and Gucci bags on a chair, according to a news release Friday.

“The employee said he offered her $100 to ‘keep his bag,'" Lt. Brennan Matherne, spokesman for Lafourche Parish Sheriff Craig Webre, said in an interview. “I don't know if his intention was for her to hold onto the bag until he came back or what.”

The worker declined, and the man walked out without the bags, the news release said. A customer later pointed out that one of them held a handgun, which turned out to be stolen from neighboring Terrebonne Parish. It also held cash and a digital scale, while the other bag held the drug Suboxone and suspected methamphetamine, according to the statement.

Surveillance cameras got photos of the man and deputies hope to identify him.

“We haven't positively identified him ... but have gotten a couple tips already," Matherne said after the release and photos were posted on the sheriff's web and Facebook pages. "These images are pretty good, so we feel confident we'll be able to get him identified.”