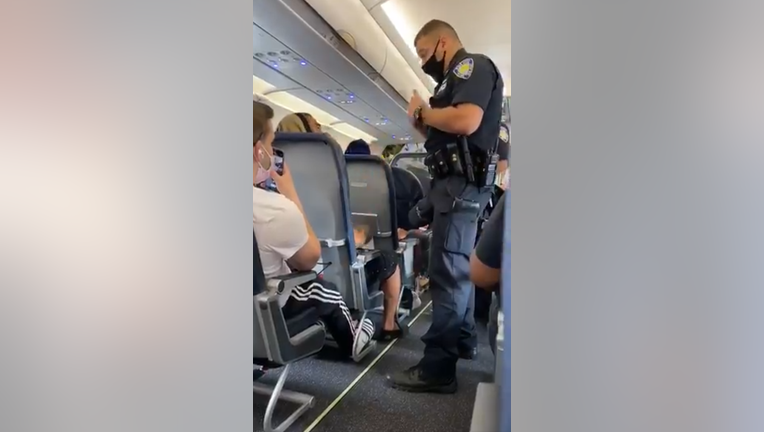 NEW YORK - Video posted to social media shows a man being taken off of a flight to Florida from LaGuardia Airport on Friday, reportedly for not wearing a mask.

The passenger, who is unidentified, was onboard a Spirit Airlines plane heading from LaGuardia to Fort Lauderdale when officials said he refused to wear a face covering, and police were called.

In the video, the man can be seen speaking to a Port Authority police officer, denying being disruptive to other passengers and claiming that he is heading home to see his father, who he said had suffered a stroke.

Another video shows the man off the plane and surrounded by police officers in the boarding area.

“Ultimately, the man chose to deplane on his own instead of risking legal consequences,” Spirit Airlines said in a statement.

The airline added: “Spirit will always err on the side of caution when it comes to the health and safety of our Guests. Wearing a face covering is simple, it’s easy, and it’s critical to Spirit and the airline industry as a whole.”