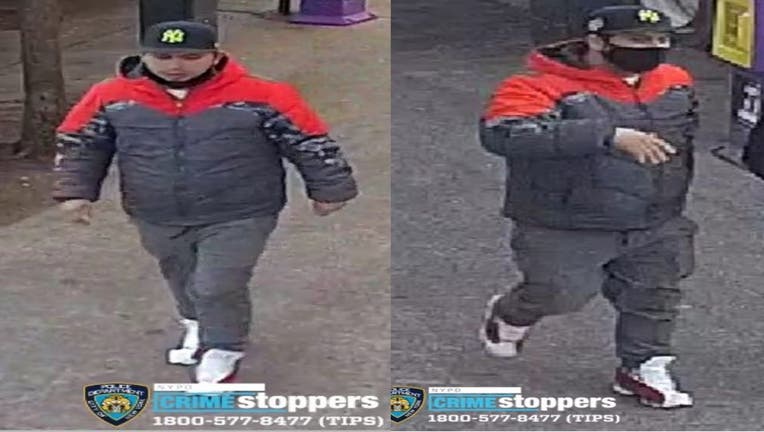 NEW YORK - The NYPD is hunting for a man accused of groping a teenage girl on the subway on Wednesday,

Authorities say that around 8 a.m., the victim, a 14-year-old girl, was riding a northbound M train heading to the Steinway Street Station in Astoria when a man sitting next to her touched her thigh and buttocks over her clothing.

When the train arrived at the Steinway Street station, the victim and the man both got off and made their way out of the station, where the man followed the victim and attempted to talk to her.

The girl then ran away, as did the man. The victim was uninjured.

Police have released a surveillance photo of the suspect taken on Steinway Street.