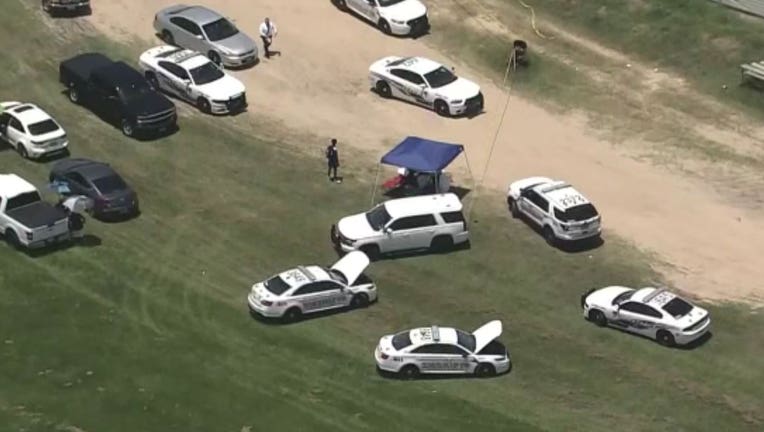 HOUSTON - A man who fatally shot his pregnant ex-wife and her boyfriend in the parking lot of a Houston soccer park as children played in a tournament was later found dead from a self-inflicted gunshot, authorities said.

The sheriff's office said witnesses told investigators that the woman's 42-year-old ex-husband had been watching one of their sons play soccer when he saw his ex-wife and her boyfriend in the parking lot, walked up to them, and shot them both multiple times with a revolver.

Authorities say the ex-husband then walked to his vehicle and drove away.

About two hours later, officials responding to a call about a possible suicide found a man believed to be the ex-husband dead from an apparent gunshot wound behind a home, the sheriff's office said.

The names of the victims and the suspect have not been released, pending confirmation by the Harris County Institute of Forensic Sciences.