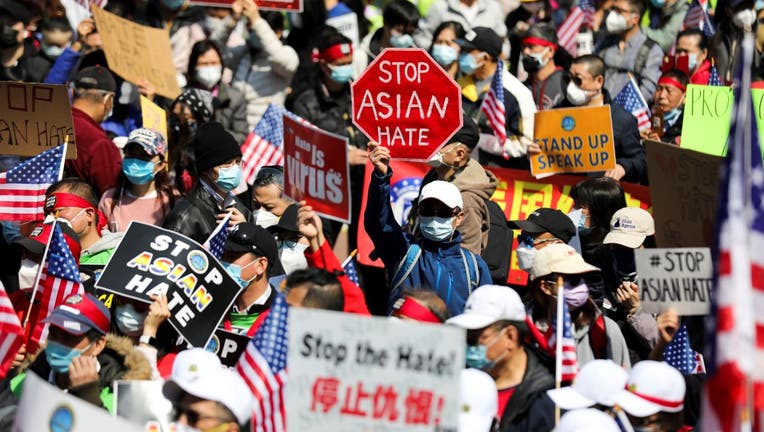 People rally to protest against anti-Asian hate crimes on Foley Square in New York. (Photo by Wang Ying/Xinhua via Getty)

NEW YORK (AP) - A man was arrested on hate crime charges in connection to multiple incidents in recent weeks where police said Asian people were shoved or grabbed while on Brooklyn streets.

The New York Police Department said Joseph Russo, of Brooklyn, was arrested on Wednesday. He was charged with multiple counts of assault as a hate crime and harassment as a hate crime.

The NYPD said the incidents took place on March 5, March 22, and April 5.

Police said on March 5, a 64-year-old Asian woman was walking when someone pushed her, and she fell to the ground.

On March 22, police said a 32-year-old Asian woman was grabbed by a man and her hair painfully pulled before he let go and walked away.

On April 5, police said a 77-year-old Asian man was outside a market when a man approached and shoved him to the ground.

Russo was arraigned on Thursday. Information on his attorney was not immediately available.