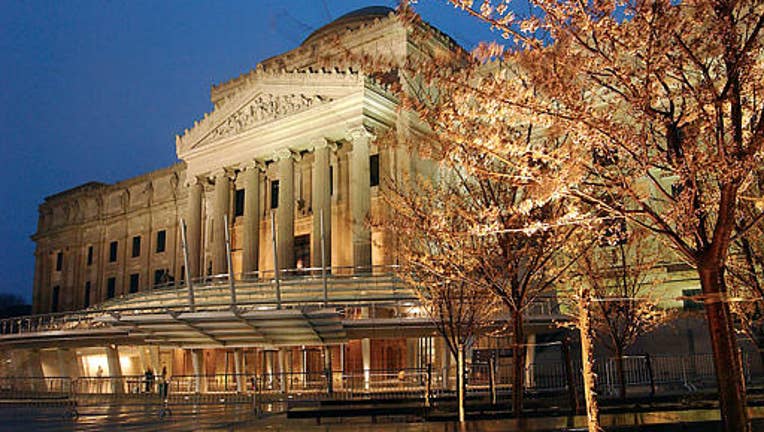 Lights at dusk brighten the cherry blossoms, the facade and the front glass entrance and pavilion of the Brooklyn Museum of Art in the Brooklyn borough of New York. (AP File Photo/Dean Cox)

NEW YORK - A man attended a social event at the Brooklyn Museum died after a slide down a banister turned tragic.

Kirkland Dawson was attending the Brooklyn Museum's First Saturdays event on October 5, 2019.  The 20 year old tradition often fills to capacity with people listening to music and enjoying art at the mueum.

A museum spokeswoman tells FOX 5 News that, at some point, Dawson attempted to slide down a banister in one of the stairwells and fell.

He was rushed to New York-Presbyterian New York Methodist Hospital but passed away the following day.

In a statement, the museum said:  "We're deeply saddened by this tragic accident, and our heartfelt thoughts are with Mr. Dawson's family and friends, and particularly those who were with Mr. Dawson that night."

The museum says it has reached out to the family personally to share condolences.

Museum staff says the safety of its visitors is its top priority.