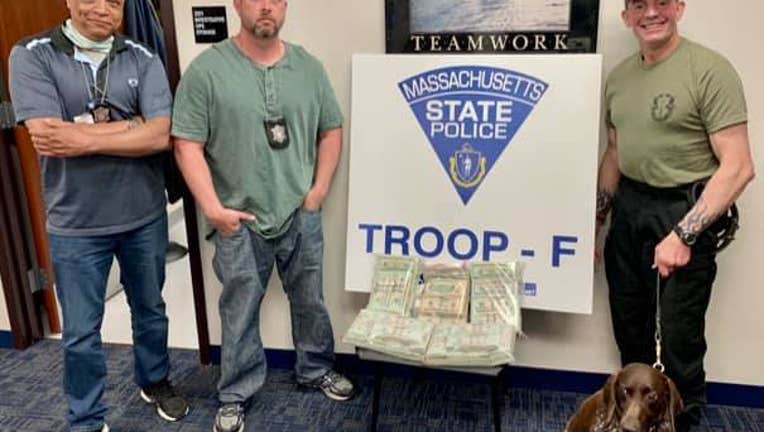 BOSTON - Talk about an expensive missed flight...Authorities in Boston confiscated a large sum of cash from a man at Logan Airport after he missed flight and then trying to rebook it. After being questioned by various security and law officers, the man kept changing the amount of money he was admitting to carrying.

On Facebook, the Massachusetts State Police wrote, “As the passenger went through a TSA checkpoint he was questioned about a large quantity of US currency he was carrying, and stated that the amount was $1,500. When Massachusetts State Police Troopers from Troop F questioned the passenger subsequently, he claimed he was carrying $40,000 to $50,000 cash.”

The suspect then upped his claim, eventually telling them he was carrying between $80,000 and $85,000. Authorities also say a state police dog, Duke, who is trained to detect narcotics, “showed a strong alert to the man’s belongings.”

DEA seized bag of cash at airport; it was her dad's life savings

Police eventually learned the man was carrying $138,980 in cash.

“Based on the totality of the circumstances, the money was held pending further investigation,” the Facebook post said. “The would-be passenger refused to sign a receipt for the secured currency and left the building, walking away from the money. The money will be subject to forfeiture proceedings.”

Government seized $181,500 at airport and won't give it back

Police did not release the man's name or where he was trying to fly but police said it was a destination "known as a source area for illegal narcotics."