After Scout was given a month to live due to an aggressive form of cancer, his owner purchased a Super Bowl ad to thank the veterinarians who saved the dog's life.

BOLINGBROOK, Ill. - After veterinarians saved the life of a 7-year-old golden retriever diagnosed with an aggressive form of cancer, his owner bought a $6 million commercial in the Super Bowl to thank them.

David MacNeil, the founder and CEO of the manufacturer WeatherTech known for its floor mats and automotive liners, said a tumor was discovered on his dog Scout’s heart last summer — and the animal received a grim prognosis: a life expectancy of one month.

Scout was diagnosed with hemangiosarcoma, a cancer of the blood vessel walls, according to the University of Wisconsin School of Veterinary Medicine. Survival with no treatment for this aggressive form of cancer is less than one week, and even with aggressive treatments, such as surgery and chemotherapy, predicted survival times are six months or less.

Scout’s family, hoping for a miracle, aimed to do whatever they could to save their pet. 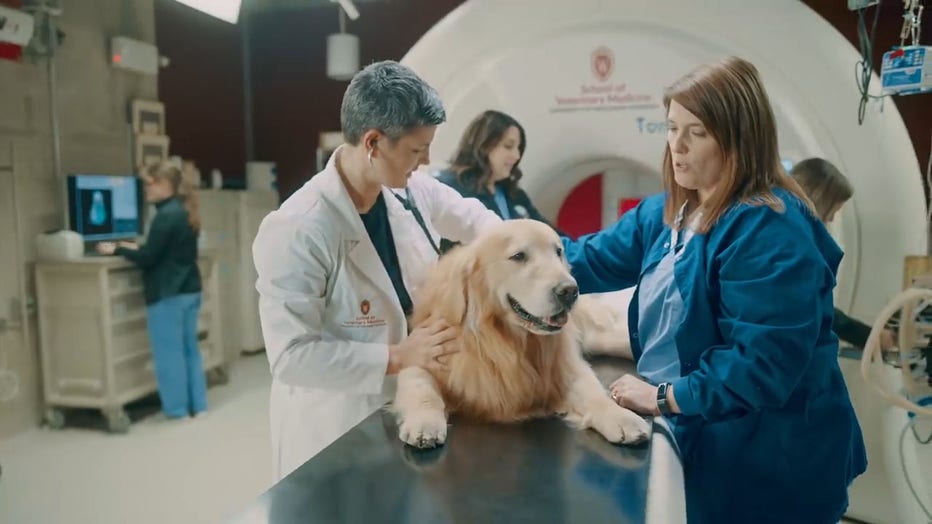 In summer 2019, Scout was diagnosed with hemangiosarcoma, an aggressive cancer of the blood vessel walls, and was given a mere month left to live. Today, he is thriving. (Photo credit: WeatherTech)

On the recommendation of their local veterinarian, MacNeil brought Scout to the University of Wisconsin Veterinary Care, where he began chemotherapy and radiation therapy targeting his heart tumor, according to a press release. Scout also received immunotherapy aimed at stimulating his immune system to attack the cancer cells.

Just a month later, his heart tumor had shrunk in size by 78 percent. By September, the tumor was 90 percent smaller than its original size.

Since then, Scout’s heart tumor has all but disappeared and he is “still thriving today.”

“Scout’s illness devastated us,” MacNeil said. “We wanted this year’s Super Bowl effort to not only raise awareness, but also financial support for the incredible research and innovative treatments happening at the UW School of Veterinary Medicine, where Scout is still a patient.”

In purchasing the spot, called “Lucky Dog,” McNeil said they wanted to use the biggest platform possible to highlight Scout’s story and the “incredible breakthroughs, which are not just limited to helping dogs and pets.”

“This research will help advance cancer treatments for humans as well, so there’s the potential to save millions of lives of all species,” he added.

The 30-second commercial will air during the 2nd quarter of Super Bowl LIV on FOX on Feb. 2.

Dogs and people actually share similar cancer rates, with about one in four dogs and one in three people developing cancer in their lifetime, according to the University of Wisconsin. Additionally, medical experts say naturally occurring tumors in dogs often share nearly identical characteristics to human cancers when it comes to recurrence and spread, response to treatment and more.

The ad ends by directing viewers to www.weathertech.com/donate, where 100 percent of the proceeds will go directly to the UW School of Veterinary Medicine and be used to fund medical research and purchase specialized equipment to aid clinicians in identifying new cancer-fighting drugs and treatments.

The school is one of three institutions participating in a five-year clinical trial to test a universal vaccine for the prevention of many types of cancer in dogs.

“Having the opportunity to use and apply this ‘one medicine’ approach more globally will allow us to aid veterinary patients while also helping humans with cancer,” said David Vail, professor of comparative oncology at the School of Veterinary Medicine. “It’s a huge need that we are working to move forward and we are extremely grateful for the support.”