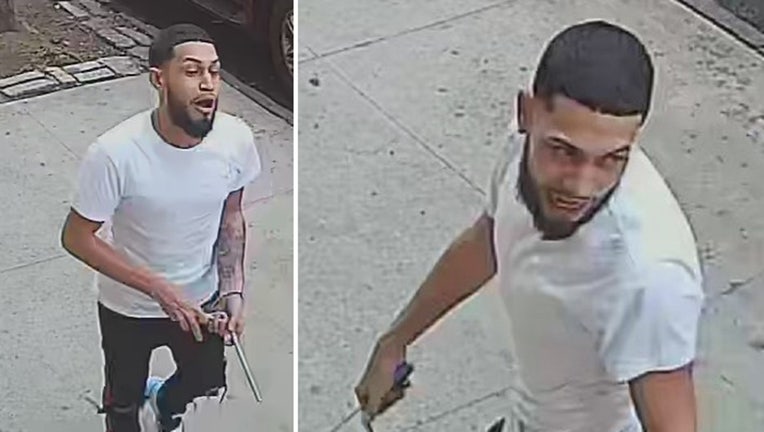 NEW YORK - A man was beaten with bats, zapped with a stun gun, and robbed in the Bronx.

The NYPD says four men attacked the victim about 2 p.m. on March 7, in the area of McClellan St. and Gerard Ave. in the Highbridge section of the Bronx.

Police four people attacked the 34-year-old man after some sort of dispute.

The group also damaged the victim’s car and took sneakers from inside it. They took off northbound on Gerard Avenue inside of a gray 4 door BMW sedan.

The victim said he did not need any medical attention.

On Monday, police released images of one of the men they are looking for.  He was described as being in his 20s and had a beard.  He was wearing a white shirt, black pants, and black and white sneakers.

The other 3 attackers were only described as men in their 20s.