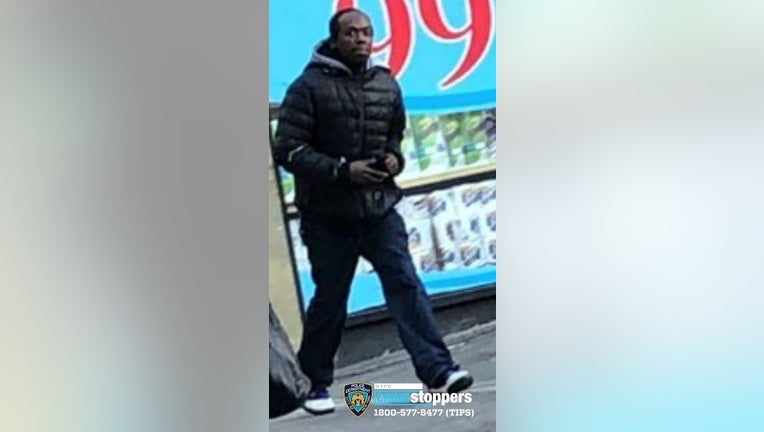 Police released an image of a man wanted for questioning in connection with an attack in the NYC subway.

NEW YORK - Police in New York were on the hunt for a man wanted for an attack in a subway station in the Soundview section of the Bronx.

The 33-year-old woman was on the subway platform at the Elder Avenue subway station with her 8-year-old son when an unknown man attempted to hit the boy.

The woman stepped between her son and the attack and was punched in the face.  She was not seriously hurt.

The man took off out of the subway station and has not been seen.

He is described as having a dark complexion, slim build, with a close-cut hair cut, and is between 35-45 years old. He was last seen dark blue jeans, gray hoodie, black bubble jacket, and white and black sneakers.