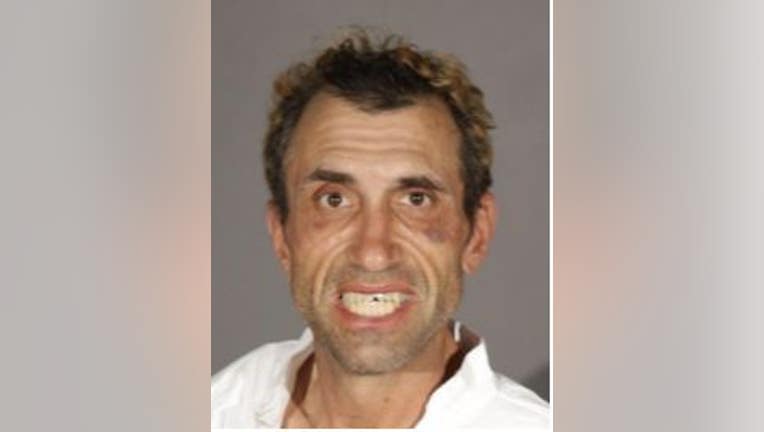 GLENDALE, Calif. - A man was arrested three times within 16 hours in Glendale and police are blaming LA County’s emergency "zero-dollar" bail order for his repeated release.

On February 13, just after 3 a.m., Glendale police officers observed the man, identified as 47-year-old James Langdon, pacing in a parking lot near the intersection of Colorado St. and Louise St.

Langdon run out of the lot and across a crosswalk against a solid "Don’t Walk" sign. Officers say they attempted to stop Langdon for the infraction but he fled from officers. Officers chased him on foot and after a brief struggle they detained Langdon for the violation.  He was then arrested for obstruction.

According to a statement from Glendale police, before Langdon was arrested he requested medical attention and was transported to the hospital. He was then issued a notice to appear in court at a later date and released at the hospital.

Later that morning around 9:30 a.m., Glendale officers responded to a business on the 1400 block of E. Chevy Chase Dr. after receiving reports of a man trespassing. Once officers arrived on scene, they located Langdon who was trying to enter a closed part of the business.

Langdon was then arrested and booked for trespassing.

According to police, due to L.A. County’s emergency "zero-dollar" bail order, Langdon was released from custody within three hours of being booked.

Later that day, around 7 p.m. Glendale officers responded to an apartment building on the 600 block of Balboa Ave. regarding a burglary. Residents told officers they arrived home to find their doors open with several items inside displaced.

Officers arrived on scene and located Langdon walking through the building’s hallway. Once Langdon noticed the officers he ran into the victim’s apartment, which was unoccupied, and barricaded himself inside, according to police.

Burbank Police K-9 units were brought in as well as negotiators attempting to have Langdon safely exit the building.

Langdon kept refusing to exit so officer made entry into the apartment, where they continued negotiations with him.  Shortly after, Langdon voluntarily exited the bedroom he had barricaded himself in and was arrested without incident.

The police department says Langdon caused an estimated $6,000 in property damage to the victim’s apartment and to the apartment complex. He was arrested and booked for burglary and felony vandalism and remains in custody on $150,000 bail.