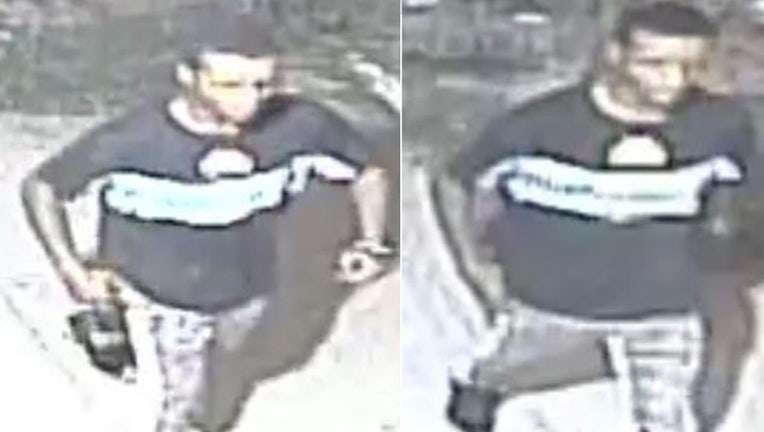 NEW YORK - Police have arrested a man who is accused of repeatedly punching a woman in a sex attack in a Bronx park.

The NYPD says it happened last month at the playground in Soundview Park.

A man approached a 53-year-old woman and pulled her hair, causing her to fall to the ground.  He then sat atop her, covered her mouth, applied pressure to her neck, and began touching her body over her clothing.

The woman was able to scream, at which time the attacker punched her repeatedly in the face. During the struggle, the victim's 25-year-old cousin heard her scream and came to her assistance.

The cousin grabbed the attacker but he was able to free himself and run westbound through the park.  He was last seen walking eastbound on Bruckner Boulevard.

On Friday the NYPD announced the arrest of 21-year-old Michael Okonkwo of the Bronx.  He is charged with rape, strangulation, petit larceny, and assault.  It was unclear if he had a lawyer.

The victim sustained a minor laceration to her lips and redness to her neck. EMS took her to NYC Health & Hospitals/Jacobi, where she was treated and released.