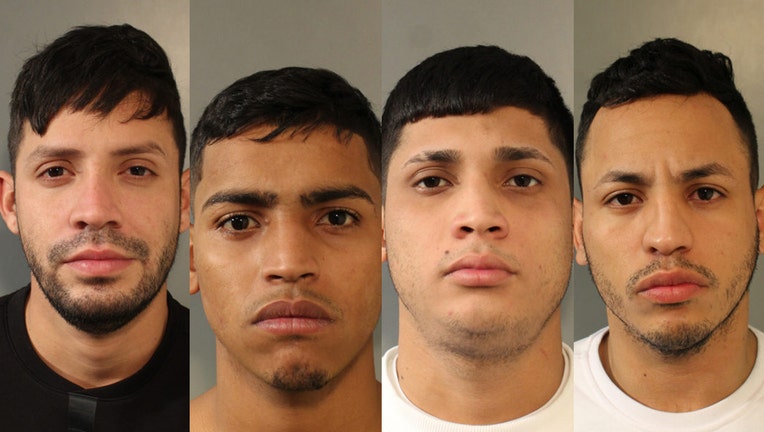 NEW YORK - Four migrants who were bused to New York City are facing charges in connection with a snatch-and-grab robbery of a Long Island Macy's store.

It happened earlier this month at the Roosevelt Field Mall in Garden City.

The Nassau County Police Department says they got the call just after 8:30 p.m. on Monday, Jan. 9, 2023, of a larceny committed by four men who took off in a 4-door BMW.

They pulled over the car and say they found $12,489.00 worth of unpaid merchandise.

Wrallan Cabezas Meza, 19, of the Bronx, Jose Garcia Escobar, 30, Miguel Angel Rojas, 21, and Rafael Rojas, 27, of Manhattan were all arrested.

All four were charged with Grand Larceny in the 3rd Degree.

All four were arraigned in Hempstead. Escobar and Rafael Rojas were released with no bail.

Police say all the stolen merchandise was returned to Macy’s.  They did not detail what items were stolen.

According to Newsday, Nassau County police said the four may have ties to a South American thievery ring.

A previous version of this story stated that two of the defendants were living at a Midtown Manhattan Westin Hotel.  A spokesperson for the hotel says that the Westin is not hosting any migrants.