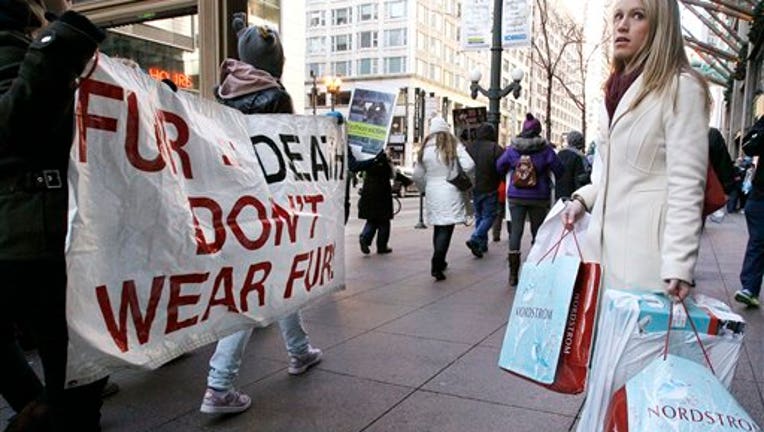 A shopper waits for anti-fur protesters to pass by Macy's department store Friday, Nov. 26, 2010 in Chicago. Nationwide, early signs pointed to a solid turnout for the traditional start to the holiday shopping season. In an encouraging sign for retai

NEW YORK - Macy’s will stop selling fur and also announced that it will also stop selling it at its Bloomingdale’s stores.

The company announced it will stop selling it by end of fiscal 2020 as a commitment made in partnership with the Humane Society of the United States.

Fur will also no longer be sold at Macy’s Backstage and Bloomingdale’s The Outlet. The company will be closing its Fur Vaults and salons.

"Over the past two years, we have been closely following consumer and brand trends, listening to our customers and researching alternatives to fur," said Jeff Gennette, chairman and chief executive officer of Macy’s, Inc. “We will continue to offer high-quality and fashionable faux fur alternatives.”

The Humane Society of the United States issued a statement saying:  "This announcement is consistent with the views of countless consumers in the marketplace, and other retailers should follow. With so many designers, major cities and now a state taking a stand against the sale of fur, we’re that much closer to ending this unnecessary and inhumane practice."