Vigil for teen killed on party bus in Oakland

Family and friends including her mother gathered outside 16-year-old Zoey Hughes' home in Stockton and set off balloons into the air. She was one of two teens killed on a party bus in Oakland.

MODESTO, Calif. - Family and friends were left mourning two teenage girls who were killed on a party bus in Oakland while celebrating a friend's 21st birthday while police hunted for at least two shooters who fired 70 bullets into the bus.

On Tuesday night, a small group of loved ones gathered outside 16-year-old Zoey Hughes' home in Stockton, launching balloons into the air.

"Zoey was the sweetest," her mother Christina Hughes said. "She had the best heart, her smile, when she walks into a room, you, you fell in love with Zoey."

Alayasia Thurston, 19, of Stockton was also killed early Tuesday morning while she was riding the bus on Interstate Highway 580 near MacArthur Boulevard and was killed by gunfire. She was a young mother who left behind a 3-year-old daughter.

At least five other women were wounded, and some were taken by ambulance to a hospital from an Oakland police station, where the bus driver went after the shooting. One of the victims is in critical condition.

A man who identified himself as the father of the 21-year-old celebrating her birthday said she was shot in the leg but is in stable condition. 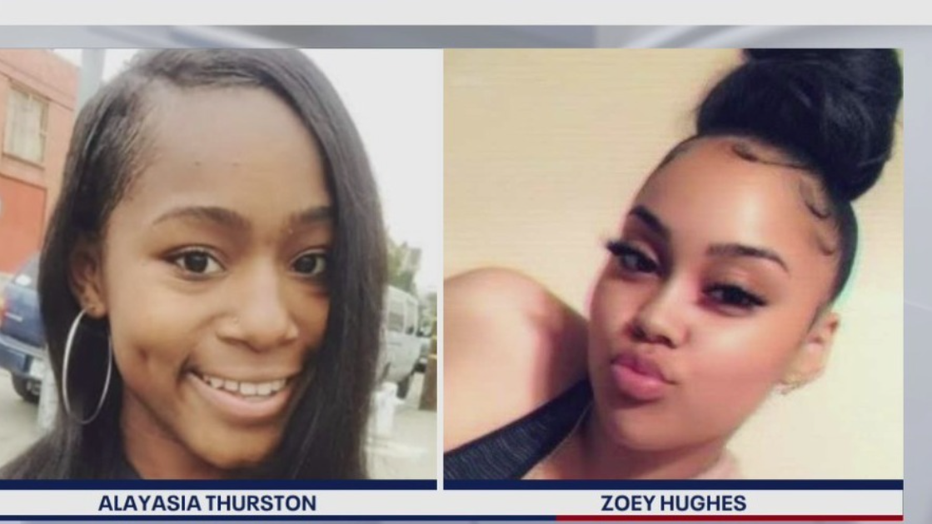 Oakland's police chief LeRonne Armstrong announced that officers, including the California Highway Patrol, which is leading the investigation, do not think the attack on the bus was random - and that someone on board may have been targeted.

"I think that people target these buses because they know that there are individuals on those buses that maybe they have, you know, differences with or an ongoing feud," Armstrong said.

However, authorities have provided no evidence of that or description of the suspects or their car. Also, a motive for the shooting has not been made public.

KCRA and the Associated Press contributed to this report.