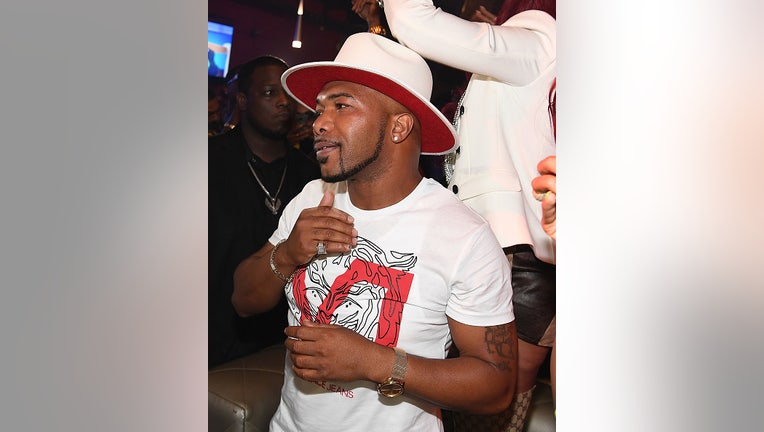 ATLANTA - An Atlanta reality TV star was sentenced on multiple federal charges including bank fraud and conspiracy for his part in fraudulently obtaining a Paycheck Protection Program loan and for running a Ponzi scheme from his towing business.

"Love & Hip Hop: Atlanta" star Maurice Fayne was sentenced to 17 years in federal prison. Fayne, who is the sole owner of Flame Trucking in Georgia, applied for a PPP loan through United Community Bank back in April 2020 asking for more than $3.7 million. The 38-year-old, who also goes by Arkansas Mo, ended up receiving a little more than $2 million and prosecutors said he ended up using the money for personal items.

"Fayne planned to use the PPP program as a cover for his long-running Ponzi scheme," said Acting U.S. Attorney Kurt R. Erskine. "The funds the program supplies serve as a lifeline to many businesses desperately trying to stay afloat during the pandemic, and unfortunately his fraud helped deplete those precious dollars."

Prosecutors said more than $1.5 million of the loan proceeds went towards the purchase of $85,000 in jewelry, including a Rolex Presidential watch, a diamond bracelet, and a 5.73-carat diamond ring for himself, to lease a 2019 Rolls Royce Wraith, to make loan payments, and to pay $40,000 for child support.

"This sentence should serve notice that the FBI and our federal partners will investigate anyone who misdirects federal emergency assistance earmarked for businesses who need it to stay afloat," said Chris Hacker, Special Agent in Charge of FBI Atlanta. "We won’t tolerate anyone driven by personal greed to pocket American taxpayer money that should be going to those who need it."

The money from the small-business loan was intended to fund the payroll of the 107 employees Fayne claimed to have at his company. Prosecutors said he certified the loan would be used to "retain workers and maintain payroll or make mortgage interest payments, lease payments, and utility payments, as specified under the Paycheck Protection Program Rule."

"Lying to gain access to SBA’s pandemic response programs is not without consequence," said SBA OIG’s Eastern Region Special Agent in Charge Amaleka McCall-Brathwaite. "OIG will relentlessly pursue evidence of fraud against SBA’s programs aimed at assisting the nation’s small businesses struggling with the pandemic challenges. I want to thank the U.S. Attorney’s Office for its leadership and dedication to pursuing justice."

Fayne was also found guilty of running a multistate Ponzi scheme that defrauded more than 20 people between March 2013 through May 2020. Prosecutors said Fayne promised he would use the investors’ money to operate the business. Instead, he used the money to pay his personal debts and expenses and to fund an extravagant lifestyle for himself. During the scheme, Fayne spent more than $5 million at a casino in Oklahoma.

In addition to the 17 years in prison, Fayne faces five additional years of probation and must repay nearly $4.5 million to his victims.

Fayne was convicted on May 11 of conspiracy and wire fraud related to a Ponzi scheme, and bank fraud, and making false statements to a financial institution.