NEW YORK - A Long Island man has been arrested for making a death threat against a Republican member of Congress who voted for the $1 trillion infrastructure package, police said.

Police said Gasper made the phone call Monday over a vote by Garbarino that Gasper "did not agree with."

Gasper called Garbarino's district office, cursed at the staff member who answered, and called Garbarino a RINO, an insult that stands for "Republican in name only," according to the criminal complaint. Gasper warned that if he saw Garbarino on the street he would kill him, the complaint said.

"In the world we're living in today, the climate that's out there, these threats we take very serious," Police Commissioner Patrick Ryder said. 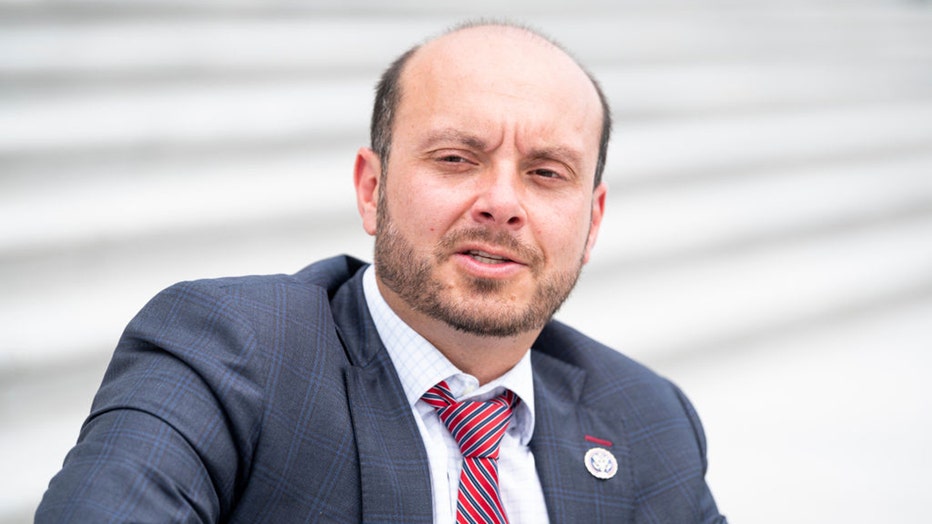 Gasper, a retired LIRR employee who lives in Lake Ronkonkoma, surrendered to police, who arrested and charged him with aggravated second-degree harassment. He has no prior arrests and pleaded not guilty in court.

"He was remorseful in the fact that he knows what he did but it's too late," Ryder said. "For us, he crossed the line already."

A judge released Gasper on his own recognizance with a temporary restraining order. He is due back in court on Nov. 24.

No one answered at Gasper's home in Lake Ronkonkoma on Friday.

In a statement sent to FOX 5 NY, Gasper's lawyer said his client "never made any threat."

"Ken is an ordinary American who was offended when politician Garbarino became an overnight Democrat and voted, in Ken's view, to wreck our country," attorney John Ray wrote. "He conveyed his chagrin to an unseasoned telephone aide in Mr. Garbarino's office."

Garbarino, who was elected in 2020 to the seat held by retiring Rep. Peter King, was one of 13 Republicans who voted for the infrastructure package on Nov. 5. Those Republicans have been criticized by many fellow members of the GOP, constituents, and even former President Donald Trump.

On Twitter, King, a Republican, called the death threat disgraceful and said he also would've voted for the legislation.

President Joe Biden was in New Jersey on Monday to promote the bipartisan infrastructure bill and his administration's Build Back Better agenda.

"Unfortunately, there's been so much misinformation circulating and it's causing a lot of anger and confusion, but the truth is that the Infrastructure Bill is not the Reconciliation Bill," Garbarino said. "It's about paving roads, repairing bridges, and bringing jobs to Long Island."

On Nov. 8, Garbarino explained his vote via Twitter: The bipartisan infrastructure bill that passed on Friday will bring crucial infrastructure investment to New York. It will not: raise taxes, fund the Green NewDeal, increase our national deficit. That's why progressives like AOC voted against it."

Garbarino told the New York Post that "misinformation" spread by his House colleagues, as well as conservative pundits, has put the members' safety at risk.

"There are members of Congress that are fundraising off of their misinformation and attacking us, and it's causing us to get death threats on the other side," he said.

"Unlike a lot of his colleagues around the country who voted against it but will show up at ribbon cuttings — he can say with a straight face, that 'I did support this, I'm not trying to take credit for what others did,'" Levy said.