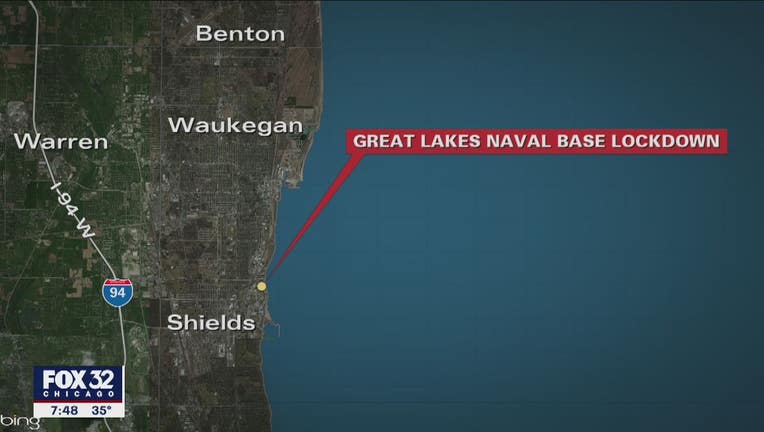 NORTH CHICAGO, Ill. - An hours-long lockdown was lifted Friday at Naval Station Great Lakes after an employee drove through a security checkpoint without showing his credentials.

The employee was taken into custody shortly after and was being questioned, according to Naval Station Great Lakes spokesman John Sheppard.

There was no indication that the incident was an attack, he said. No one was harmed.

The lockdown was issued after the employee drove past a front gate about 7:09 a.m., passing a security officer without stopping or showing an ID, Sheppard said.

The naval station, about 25 miles north of Chicago, advised personnel to “take cover in nearest building or structure” as officials searched for a “gate runner,” the naval station said in a Facebook post.

The vehicle was found about 9:30 a.m. and the driver, an employee of the base with authorized access, was taken into custody, Sheppard said. He couldn’t say if charges would be filed.

The lockdown continued in the main part of the base as authorities searched the employee’s vehicle and surrounding buildings, Sheppard said. The scene was cleared and lockdown lifted by noon.

A graduation ceremony at the base planned for 9 a.m. was postponed an hour, Sheppard said.

In an unrelated incident, a limousine caught fire near the base about five minutes before the lockdown, Sheppard said. He said the limo was full of people coming to attend the graduation ceremony.

Naval Station Great Lakes is on about 1,600 acres overlooking Lake Michigan and includes about 1,150 buildings. It is the Navy’s largest training facility and is home to the Navy’s only boot camp.