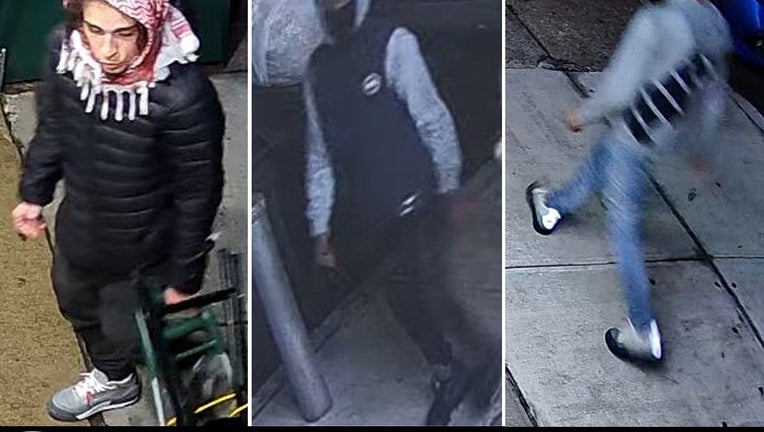 Three suspects wanted in connection to the shooting of a livery cab driver in the Bronx.

NEW YORK - The NYPD is on the hunt for a trio of men wanted in connection to the shooting of a livery cab driver in the Bronx on Thursday.

According to authorities, around 2 a.m. the morning of June 2, a 59-year-old man was driving three unidentified passengers in a livery cab somewhere near Wood Avenue, between Taylor Avenue and Thieriot Avenue in the Soundview section.

Some kind of dispute or confrontation happened between the driver and the three passengers and ended with the driver being shot in the torso.

The suspects escaped, and the victim was taken by EMS to a nearby hospital where he is listed in critical but stable condition.

The NYPD has released a surveillance photo of the three suspects after the shooting, obtained from a nearby restaurant.