A man stabbed a security guard at a library in Rockland County, N.Y.

SPRING VALLEY, N.Y. - A man repeatedly stabbed a security guard at a library in Rockland County, after she told him to turn down his music.

The bloody attack happened on the third floor the Finkelstein Memorial Library in Spring Valley at about 2 p.m. Tuesday, authorities said.

One witness told FOX 5 NY that he and others rushed to help the wounded woman, who was identified as Sandra Wilson. He said people offered pieces of clothing so he could fashion a bandage for her bleeding stab wounds. 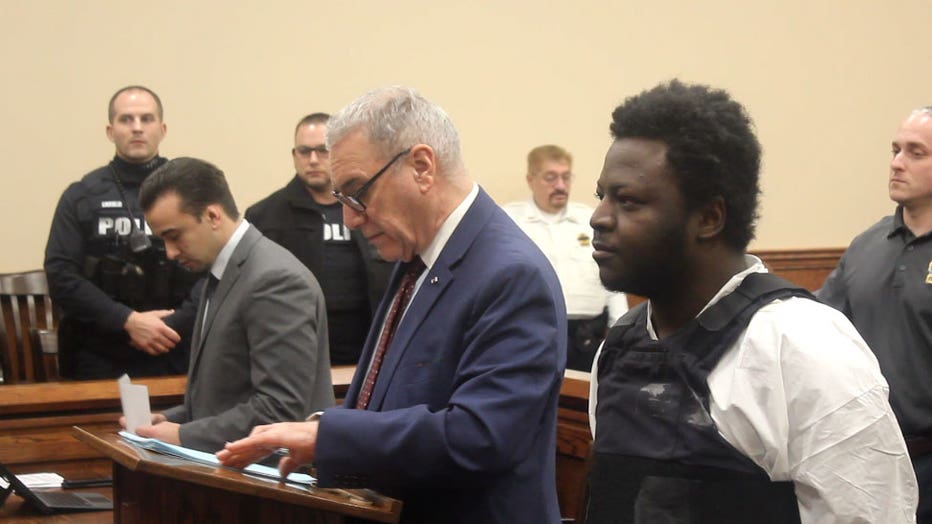 On Wednesday, Glaudin appeared in court for his arraignment.  He was charged with second-degree murder and was being held without bail.  It was unclear if he had a lawyer.

Spring Valley Police Chief Paul Modica told the Journal News that Glaudin stabbed Wilson after she told him to turn his music down. “She was at the computer terminals and told him he had to turn it down," Modica said. "That was it.”

State Sen. David Carlucci, who represents the area, said in a statement that he is praying for the family of the victim.

"Many in our community visit the Finkelstein Memorial Library, and it's a place I have taken my own children and have always felt safe," Carlucci said. "I am extremely upset over this act of violence that incited more fear and chaos in our close-knit community."

Carlucci said he would work with officials with the library and the state to improve security.

The library announced on its Facebook page that it would remain closed on Wednesday.