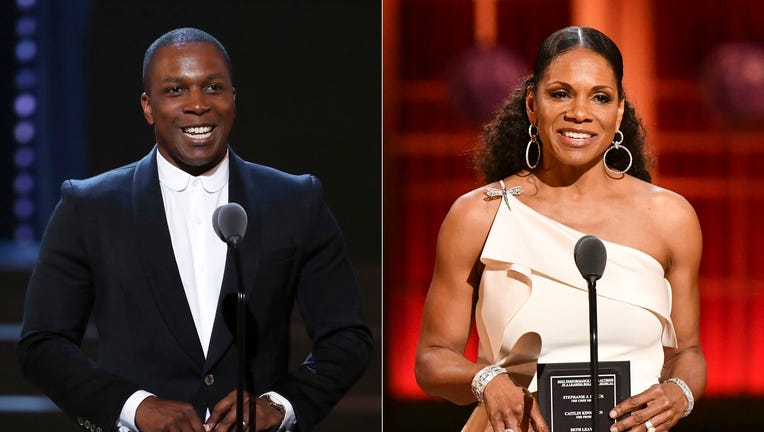 NEW YORK - The long-delayed Tony Awards have landed two impressive master of ceremonies: Tony- and Grammy-winning singer and actor Leslie Odom Jr. will host a splashy TV special, and the awards will be hosted by Tony-, Grammy- and Emmy Award-winning actor and singer Audra McDonald.

Producers of the telecast announced Monday that Odom will host the two-hour celebration of Broadway's return on Sept. 26 from 9 p.m.-11p.m. ET/PT, and McDonald will host the award ceremony from 7 p.m.-9 p.m. ET/PT

The four-hour event will be broadcast live from Broadway's Winter Garden Theatre. Capping the evening will be the awarding of the three top awards: best play, best play revival and best musical.

Broadway theaters abruptly closed on March 12, 2020, knocking out all shows — including 16 that were still scheduled to open in the spring. The four-hour awards and special are an attempt to celebrate live theater and serve as a splashy advertisement that Broadway is inching back to normalcy.

"While we look back, my greatest hope is that this event marks the beginning of a new era for Broadway — one with renewed commitment to inclusivity and belonging as well as appreciation for the sacred experience of live theater," McDonald said in a statement.

This season’s nominations were pulled from just 18 eligible plays and musicals, a fraction of the 34 shows the season before. During most years, there are 26 competitive categories. This year there are 25 with several depleted ones.

Not everyone is happy with the way CBS is handling the awards this year. The bulk of the Tonys — the acting, directing and technical ones — will only be accessible to Paramount+ customers — with Odom's special then airing on CBS.