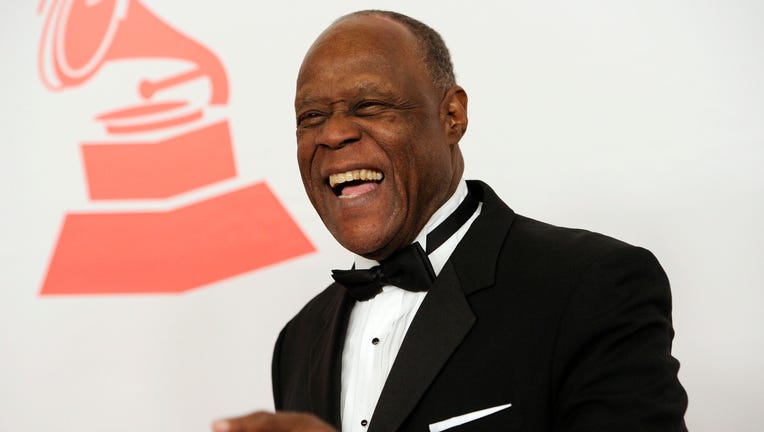 Johnny Ventura arrives at the Latin Recording Academy Person of the Year tribute on Wednesday, Nov. 20, 2013, in Las Vegas. (Photo by Chris Pizzello/Invision/AP)

NEW YORK - Johnny Ventura, the Dominican singer known as the ‘Elvis of merengue’ and the voice behind classic hits ‘Patacon Pisao’ and ‘Pitaste,' died on Wednesday, confirmed officials in the Dominican Republic.

Ventura, who was also the mayor of Santo Domingo from 1998-2002, had reportedly experienced chest pains and collapsed. He was rushed to Medical Union Clinic in Santiago where he was pronounced dead, according to various published reports.

"The Ministry of Culture deeply regrets the death of the great Dominican musician Johnny Ventura," said officials in Spanish. "We join in the pain that overwhelms their families in these difficult times. His legacy will live forever in his songs and Dominican culture."

Juan de Dios Ventura Soriano, Ventura's given name, was born in Santo Domingo and began singing as a teenager. He would go on to have a musical career that spanned more than six decades. He was the winner of six Latin Grammy awards and a Lifetime Achievement Award from the Latin Recording Academy.

"Today is a very sad day for merengue and for the Dominican Republic," tweeted Dominican first lady Raquel Arbaje. "Johnny Ventura, El Caballo Mayor, has left us physically, but his legacy and joy will always be with us. My solidarity hug to your loved ones."