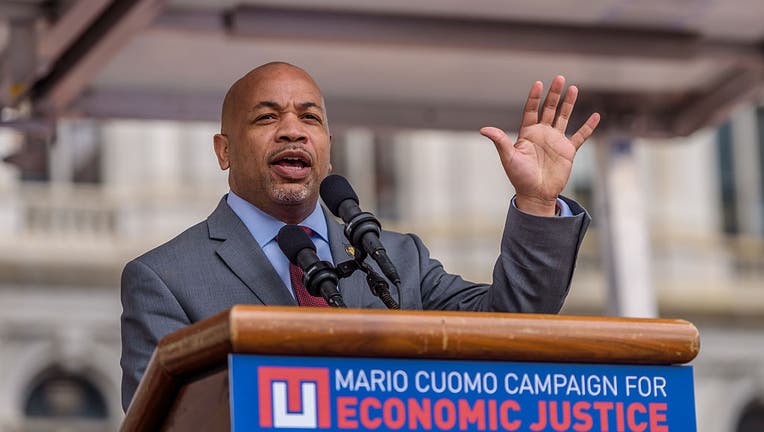 EMPIRE STATE PLAZA, ALBANY, NY, UNITED STATES - 2016/03/15: Speaker Carl Heastie said, "For many years, the Assembly Majority has been a committed advocate for the needs of workers and their families. We have always stood at the front lines in the fi

ALBANY, N.Y. (AP) — An intensified debate over New York's bail law continued at the State Capitol on Thursday, with the top Democrat in the State Assembly saying he wants to let the reforms play out without changes.

State Assembly Speaker Carl Heastie urged people to have patience with the newly implemented bail law, which has received increasing scrutiny over its rules that allow New York courts to release people who would have remained in jail under the old rules.

The law, which went into place at the beginning of the year, eliminated cash bail and pretrial detention for a wide majority of low-level cases and nonviolent felonies. The law also allows courts to release a person under certain conditions, such as a travel or firearm restriction.

“We want safe communities, but it is important to have a criminal justice system that treats everybody fairly,” Heastie, a Democrat, told reporters Thursday.

Meanwhile, his counterpart in the state Senate, Majority Leader Andrea Stewart-Cousins, said Democrats are monitoring to see if any “tweaks” are needed to the bail reform law. But, she asserted Democrats don't want to criminalize poverty or continue with a broken system.

Both Democratic legislative leaders were responding to attacks from Republicans, who have lambasted the reforms and argue the changes have jeopardized public safety. Changing or rolling back the bail reforms has emerged as a top priority for Senate Republicans.

Flanagan said he supports giving more discretion to judges over who can be held in jail before their trial, among other changes.

Heastie pushed back at the idea and said allowing a judge's perspective can invite bias into bail decisions.

Ryan Tarinelli is a corps member for Report for America, a nonprofit organization that supports local news coverage in a partnership with The Associated Press for New York. The AP is solely responsible for all content.