Two men in a yellow 2010 Lamborghini Gallardo fled a police stop in Astoria, Queens, and then crashed a few blocks away. SkyFOX captured this video of the scene of the crash at 37th Avenue and 21st Street.

NEW YORK - An expensive sports car suffered some expensive damage after the driver took off from a police stop in Queens and crashed.

The NYPD says police stopped a 2010 yellow Lamborghini Gallardo. When officers asked for the license and registration the car, with two men inside, took off.

Cops did not start a chase but they did hear the car hit things and then crash at 38th Ave. and 30th St. 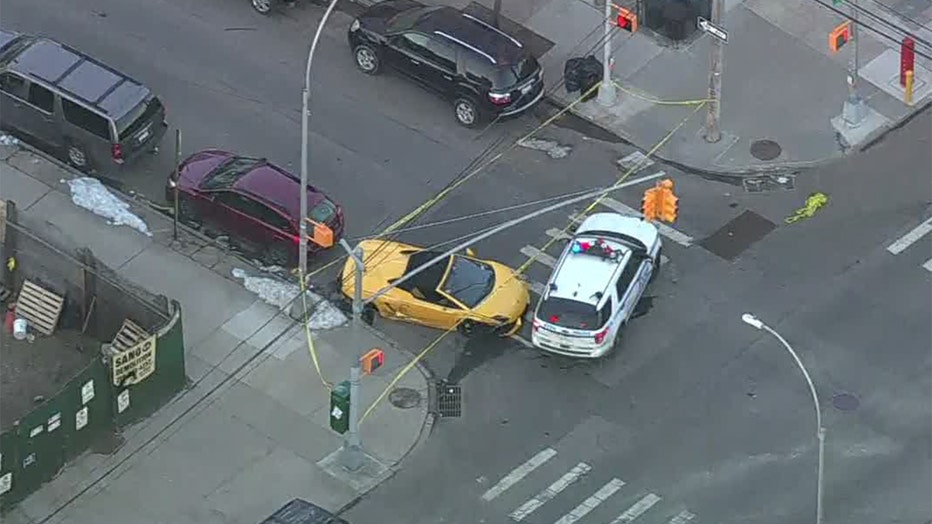 A Lamborghini crashed after trying to get away from police in Queens.

The men got out and ran away. The NYPD says it's unclear why the driver took off from the traffic stop. They said the car was not reported as stolen.