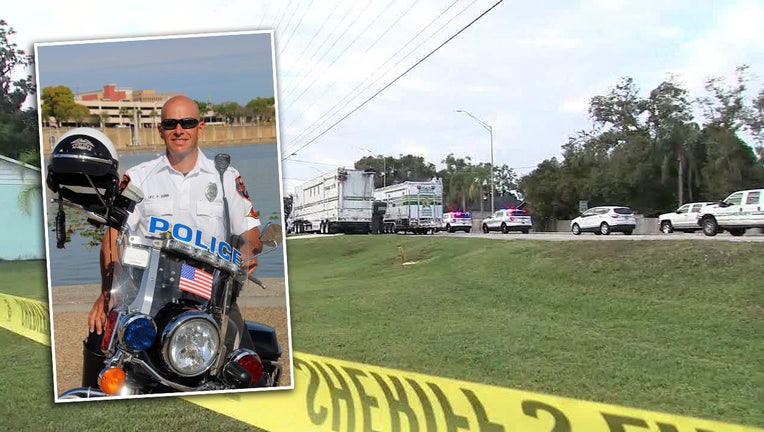 LAKELAND, Fla. - A Lakeland police officer and Marine Corps veteran has passed away after crashing his motorcycle while he was on his way to work this morning, deputies have confirmed.

The accident occurred in south Lakeland and has shut down all lanes of Lakeland-Highlands Road between Clubhouse Road and Lake Miriam Drive.

For unknown reasons, they said, his motorcycle collided with and drove over a raised concrete median as he was heading to work around 5:55 a.m. The median is located between the north and southbound lanes. The collision caused Dunn to lose control of the motorcycle. It's unknown whether another vehicle was involved.

“We will leave no stone unturned," said Polk County Sheriff Grady Judd. "You never do for anyone.” 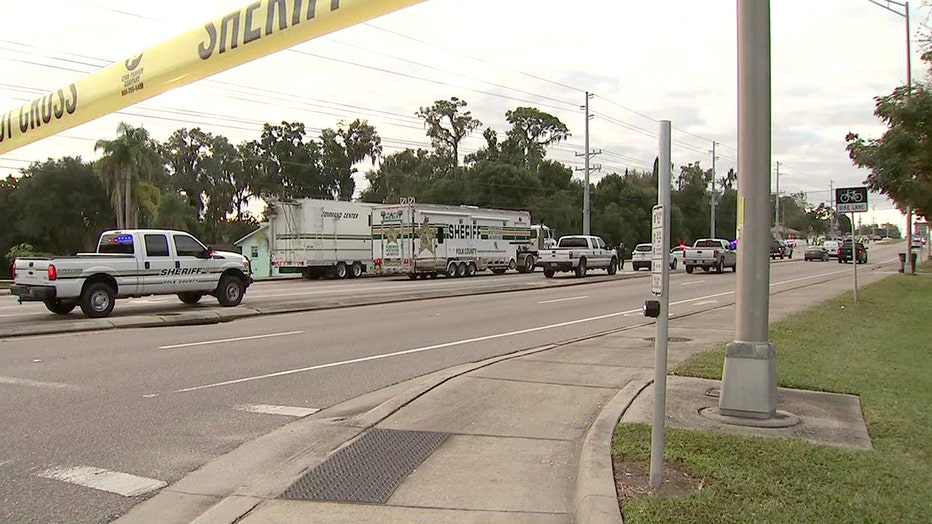 Good Samaritans stopped -- including a nurse practitioner -- when they spotted Dunn's motorcycle with its flashing lights. Officials said his motorcycle's lights automatically turn on when it goes down.

“I would like to give a word of thanks to the citizens who stopped as well as our hospital staff. It’s a tragic loss for the agency and for the community as well.”
According to the Lakeland Police Department, Dunn has been with the agency since 2013 and "was a beloved member of our motor unit."

RELATED: Officer killed in Lakeland motorcycle crash was a veteran with sons in the military

"Please keep Officer Dunn’s family and all those who loved him in your thoughts and prayers as we are grieving this huge loss to our agency and our community."

Officer Dunn leaves behind a wife, who is a Lakeland police detective, and three children -- one daughter and two sons who are currently serving in the armed forces. Dunn was also a veteran of the United States Marine Corp.

The view from SkyFOX shows multiple units from the Polk County Sheriff's Office, including a command center from the agency. The sheriff's office is the lead agency investigating the crash since it occurred in an unincorporated area of Lakeland.

On Thursday morning, there was also a large police presence at Lakeland Regional. 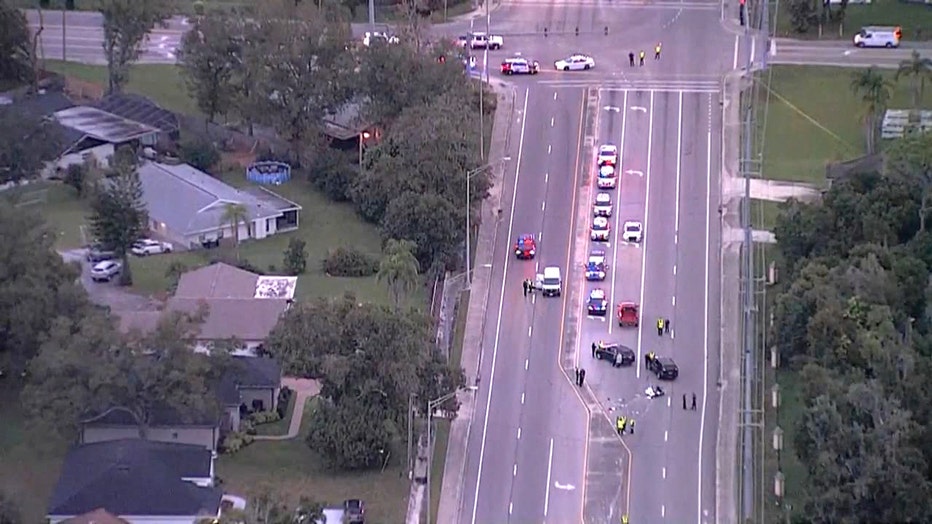 Drivers are advised to go north on Polk Parkway and use Cleveland Heights Boulevard as an alternate route. There is no word yet on when lanes will reopen.

The full press conference with Sheriff Judd and Lakeland Police Chief Garcia can be viewed below: