Kyle Rittenhouse played a role in deciding who will be the final jurors that will decide his innocence or guilt in the trial.

KENOSHA, Wis. - Kyle Rittenhouse played a direct role Tuesday in deciding, albeit randomly, who will be the final 12 jurors that will decide his innocence or guilt in the trial over his killing two protesters and injuring a third last summer.

At the direction of Circuit Judge Bruce Schroder, Rittenhouse's attorney placed slips of paper into a raffle drum with – or tumbler – the numbers of each of the 18 jurors on it who sat through the two-week trial. The drum had been sitting on a window ledge throughout the trial but was placed in front of Rittenhouse at the defense table Tuesday.

Kyle Rittenhouse selected juror numbers from a tumbler on the first day of deliberations. It was a process to dismiss six of the jurors. Kenosha County Judge Bruce Schroeder explained the process.

The jurors won't be among the final 12 who were deliberating the case. But they were required to remain in the courthouse, at the request of the defense, until the jury returned with a verdict. 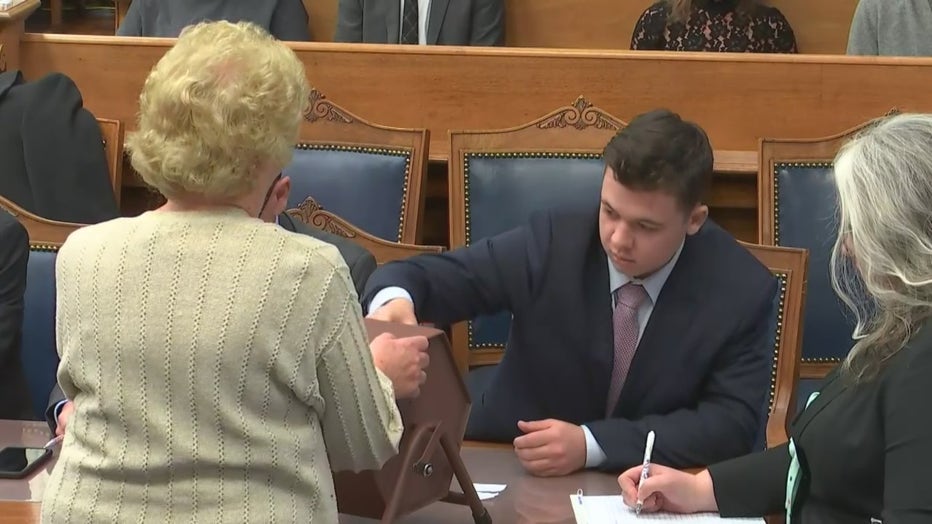 Portage County Assistant District Attorney Robert Jambois was a prosecutor in Kenosha in 2008 when he tried Mark Jensen for homicide in front of Schroeder. Jensen was accused of poisoning and smothering his wife in one of the highest-profile cases to land in Schroeder’s courtroom before Rittenhouse.

Jambois said alternates were designated by picking numbers from a tumbler but the clerk of courts pulled the numbers from it, not Jensen.

"I’ve never heard of a defendant pulling the names," Jambois said. "That’s done by a member of the court." 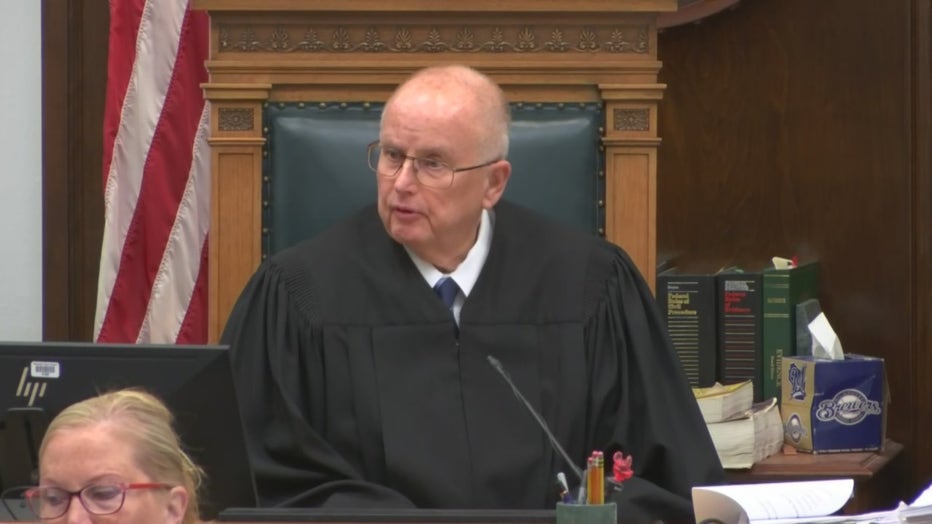 Julius Kim, a former Milwaukee County assistant district attorney, said he’s never seen a judge allow a defendant to draw the numbers to determine who the final members of a jury will be.

"One thing that is a bit unconventional is the way they took the alternates from the rest of the pool," Kim said. "That was by putting numbers in an old-fashioned-looking drum and having the defendant himself, Mr. Rittenhouse himself, pull those numbers out.

"Usually it is the judge or the clerk that will pull those names. I’ve seen it done before where alternate jurors are selected by lot, this is the first time I saw a defendant pull the names out himself."

Kim does not see anything wrong with narrowing the process, saying the judge "has his own way of doing things."

"We’ve all seen that already," said Kim. "I think that it was to reassure the defendant that because it is his trial, that the names that are being pulled for alternates are done in a fair way because he himself is pulling the names out." 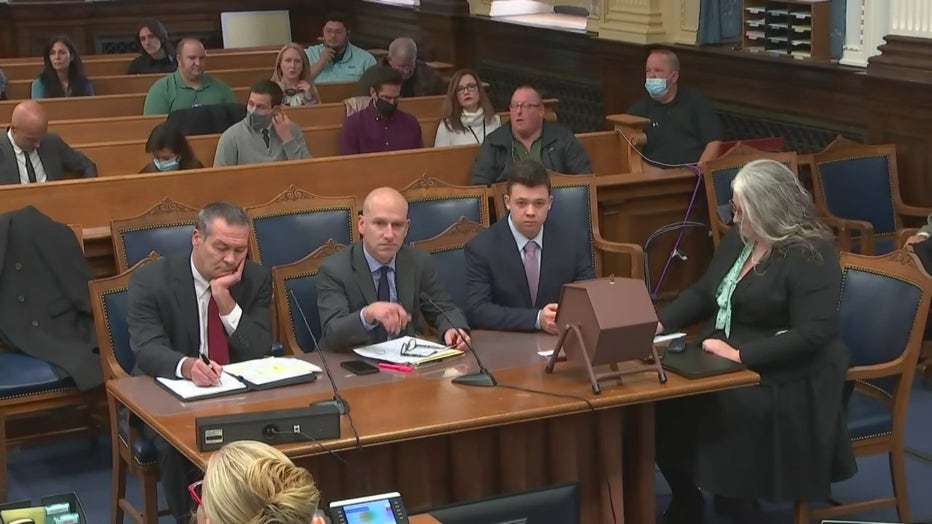 Milwaukee-based defense attorney Tom Grieve also said he’s never seen a defendant do that, "but it's a shoulder shrug for me."

"I don’t really care," Grieve said. "The point is they have some system to arrive at 12 jurors. It’s certainly unusual but I don’t see anything wrong with it."

There’s no prohibition on having the defendant draw the numbers of alternate jurors, but the general practice is to have the clerk of courts do it, said Ion Meyn, an assistant professor at the University of Wisconsin-Madison Law School.

"This is not really a well-litigated area," Meyn said.

If it is common practice for that judge, prosecutors may decide it’s not worth objecting to, Meyn said.

"Too risky," Mehn said of objecting. "Too many downsides to that." 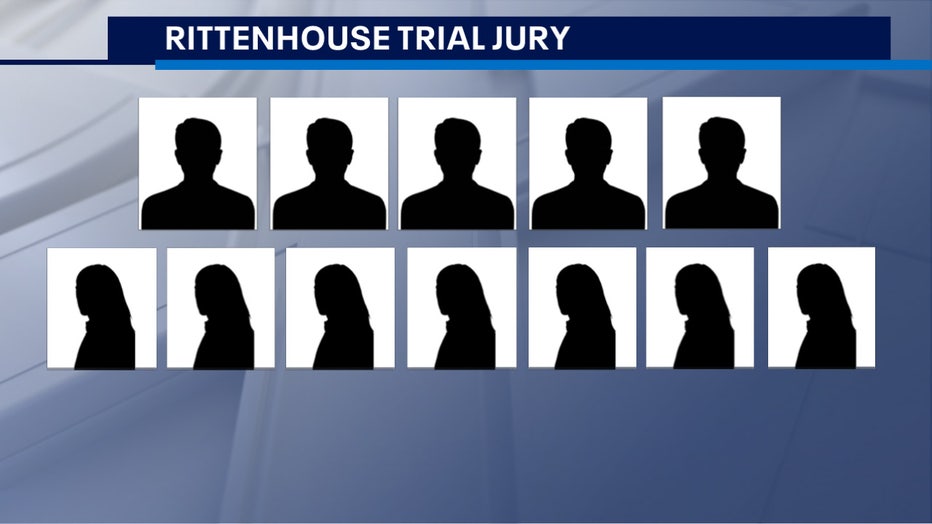 The Rittenhouse jury pool had started at 20, but one juror was dismissed for health reasons and another was let go after he told a joke related to the case to a bailiff.

The jury began deliberations on Tuesday minutes after Rittenhouse drew the numbers. The judge asked both sides to remain within 10 minutes of the courthouse in case there were questions.

Rittenhouse faces a myriad of charges after he killed two protesters and injured a third on the streets of Kenosha last summer. The protests were spurred by the police shooting of Jacob Blake, a Black man.

Rittenhouse, who was 17 at the time, argues he acted in self-defense. The most serious charge before jurors could put Rittenhouse in prison for the rest of his life.

Schroeder, the judge in Rittenhouse's trial, is the longest-serving circuit court judge in Wisconsin. The 75-year-old's methods have drawn attention throughout the trial, including reading trivia questions to jurors at the outset, professing his lack of knowledge about modern technology, asking for applause for veterans on Veterans Day as a defense witness who served in the military was about to testify and sometimes speaking angrily at prosecutors when they pursued lines of questioning he had barred.