Mac and cheese is now breakfast food, according to Kraft

The company has removed the "dinner" label on its mac and cheese packages for the first time.

PITTSBURGH - Kraft is launching a new superfan club for macaroni & cheese lovers, giving them the chance to taste new flavor-boosting seasoning packets before they officially launch in stores next year.

Kraft Mac & Cheese this week announced its "FLVRS Club," which will give fans the chance to win the new pizza, ranch and buffalo flavors before hitting store shelves.

"We know die-hard fans of KRAFT Macaroni & Cheese Dinner are always excited by new ways to enjoy a comforting bowl of our iconic mac & cheese," Maya McDonald, Kraft Heinz marketing activation lead, said in a statement. "The FLVRS Club is for those fans willing to expand their mac & cheese horizons with these limited-edition packets that bring flavors we love to our favorite comfort food."

Fans that sign up online through Nov. 3 will have the chance to try all three Flavor Boosts before they launch in U.S. grocery stores in early 2022, the company said.

After signing up, FLVRS Club members should then follow along on Kraft’s social media platforms to see when the flavor drops happen so they can enter for a chance to win. Each lucky delivery will also include a sports jersey for buffalo, a plush hoodie for ranch and a jacket for pizza. 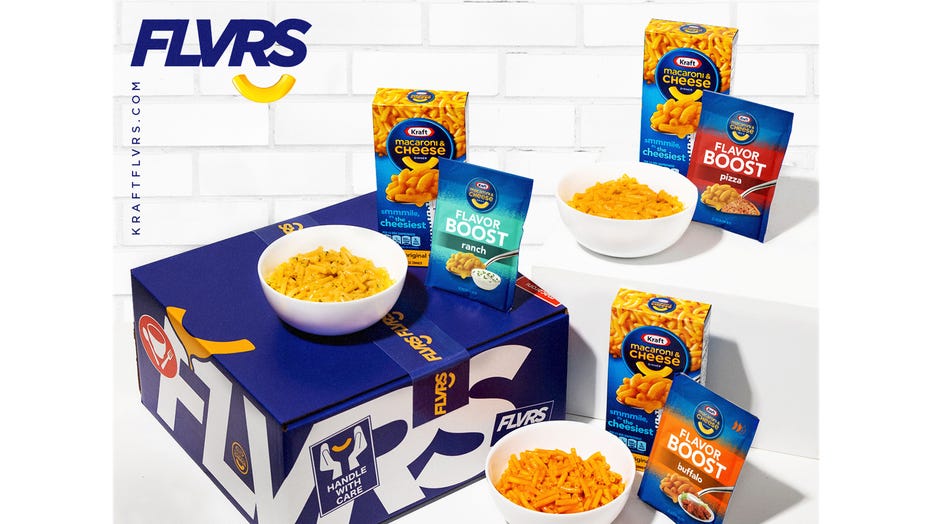 The companies described the ice cream as a "cool, creamy scoop of ice cream that brings that comforting, nostalgic feeling from a warm bowl of Kraft Macaroni & Cheese."