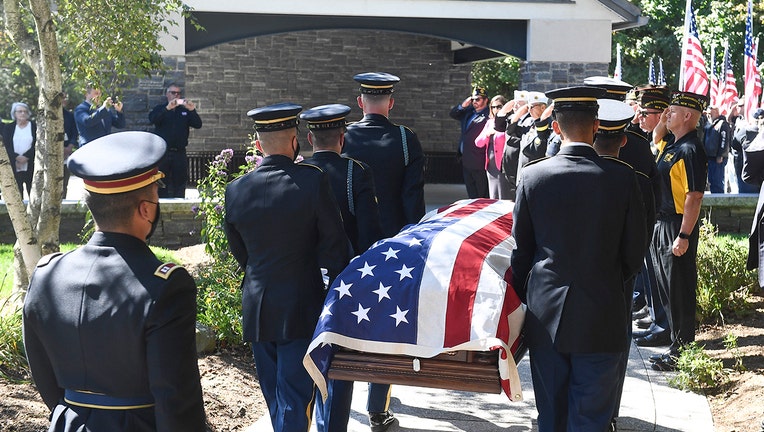 An Honor Guard escorts a casket containing the remains of Army Cpl. Walter Smead, who was killed during the 1950 Battle of the Chosin Reservoir in the Korean War. Smead is laid to rest with full military honors at Gerald B. H. Solomon Saratoga Nation

SCHUYLERVILLE, N.Y. (AP) - Cpl. Walter Smead was finally laid to rest Monday near his rural upstate New York hometown, seven decades after he was killed in the Korean War and months after his remains were officially accounted for with help from DNA analysis.

He was honored by a younger brother and sister with only hazy memories of him, by nieces and nephews born well after he died in 1950, by Patriot Guard Riders who escorted his hearse to the cemetery on rumbling motorcycles and by gray-haired veterans who came to give a man they never met a final salute.

Smead's niece Bonnie Wolff was thrilled so many people joined the family for the long-awaited day.

"It's really important for Walter to be home. It gives the family closure," Wolff said before the burial. "But more importantly, we can be proud of what he accomplished over there. He didn't come home alive, but he did his job the way he was supposed to. And we need to honor that."

Smead was buried with full military honors at Gerald B. H. Solomon Saratoga National Cemetery, not far from the remote Adirondack town of Hadley, where he grew up. Local Congress member Elise Stefanik attended, as did representatives of the Korean War Veterans Association and other veterans groups.

"We do not want to leave anyone behind," said Michael Hoag, state commander of the New York Veterans of Foreign Wars.

Smead would be 95 if alive today. His parents and most of his siblings are dead. Only a younger brother and sister are still living. 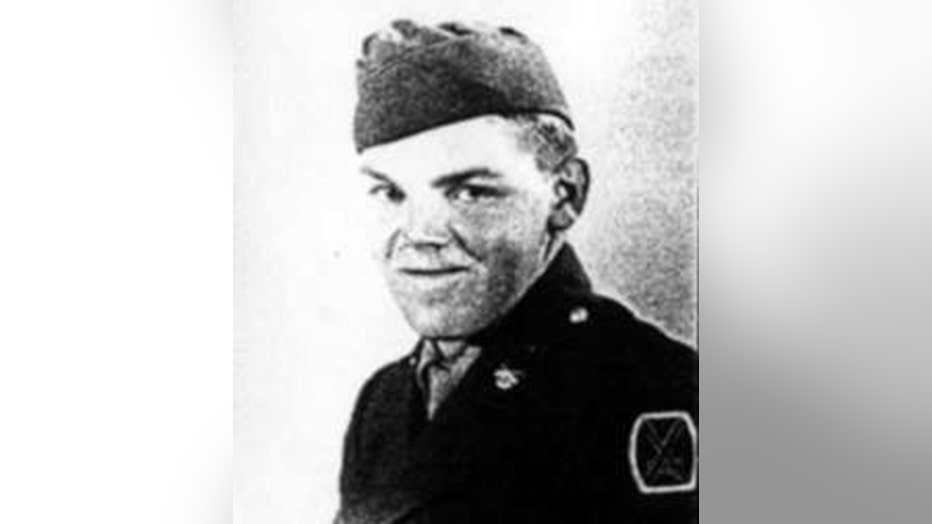 Douglas Smead, 85, has difficulty conjuring specific memories of his older brother, who enlisted in 1944. Douglas Smead was 7 years old and his sister Harriet was 6 years old when their brother left home.

Wolff, who is Douglas Smead's daughter, knows her uncle through stories, military records, and old photos.

Her uncle Walter is the man in the black-and-white picture standing in his Army uniform with his hands behind his back on a snowy street in Hadley. He is the owner of the Purple Heart she found as a girl in her basement. She thought it was her dad's medal until she noticed the name engraved on the back

Walter Smead served in Italy during World War II with the 10th Mountain Division and returned to the area after the war. Back in the Army in 1950, he went to Korea and was a member of Battery A, 57th Field Artillery Battalion, 7th Infantry Division. He was among more than 1,000 U.S. troops killed during the Battle of the Chosin Reservoir, which unfolded over two frigid, bloody weeks in late 1950. 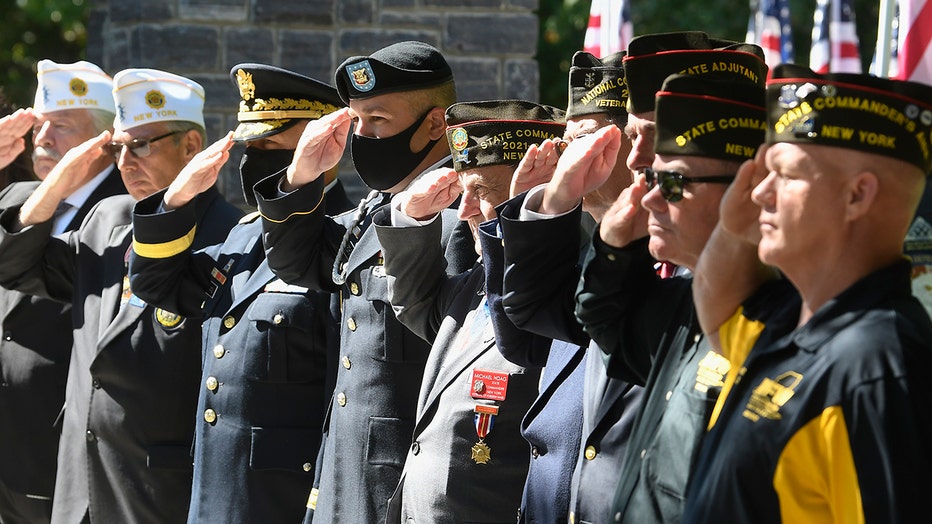 Veterans salute Army Cpl. Walter Smead, who was killed during the 1950 Battle of the Chosin Reservoir in the Korean War, as he is laid to rest in Schuylerville, N.Y., Monday, Sept. 20, 2021. (AP Photo/Hans Pennink)

Though his memories of him were limited, Douglas Smead never forgot his missing brother and attempted to find out information over the decades. He gave a DNA sample to the military in 2004.

The Defense POW/MIA Accounting Agency has identified the remains of 76 service members from those 55 boxes, all but nine were from the Battle of Chosin Reservoir. Partial remains of Walter Smead were identified in box #33 using anthropological analysis, circumstantial evidence and DNA testing.

The family got the call in March.

Douglas Smead said recently that the news was a relief. On Monday, he and his sister each were presented with a folded flag at the crowded service.

"This is better than I was hoping, all the people who have come out," Wolff said. 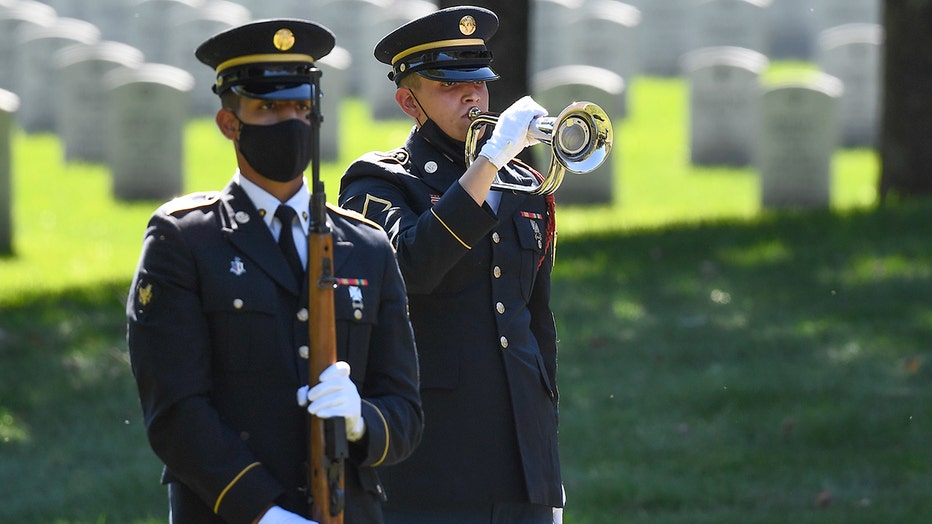 An Honor Guard soldier plays Taps for Army Cpl. Walter Smead, who was killed during the 1950 Battle of the Chosin Reservoir in the Korean War. Smead is laid to rest with full military honors at Gerald B. H. Solomon Saratoga National Cemetery, Schuyle