What should kids be doing instead of screen time?

BERLIN, Germany - The World Health Organization recommends only two hours of screen time for people younger than 18, but according to a survey conducted by Tonies, that age group has exceeded that recommendation since the COVID-19 pandemic began.

The survey found children have spent an average of three hours per day watching TV, using the computer or scrolling through a phone.

Between April 21 and May 10, parents in the United States and Europe answered a series of questions about their child’s behavior since the pandemic closed schools and made socializing with friends taboo.

Surveyors found that parents had relaxed rules regarding screen time to “facilitate children’s education, entertainment, and connectivity,” according to Pinki Laing, U.K. partnership manager at Tonies.

“The amount of screen time children are exposed to was already a big concern to the World Health Organisation before the COVID-19 pandemic, but this poll shows that unhealthy habits relating to technology have been exacerbated in these difficult times,” Laing said.

Regarding whether the child has spent more time on screens, 66% of respondents agreed and 23% agreed completely. 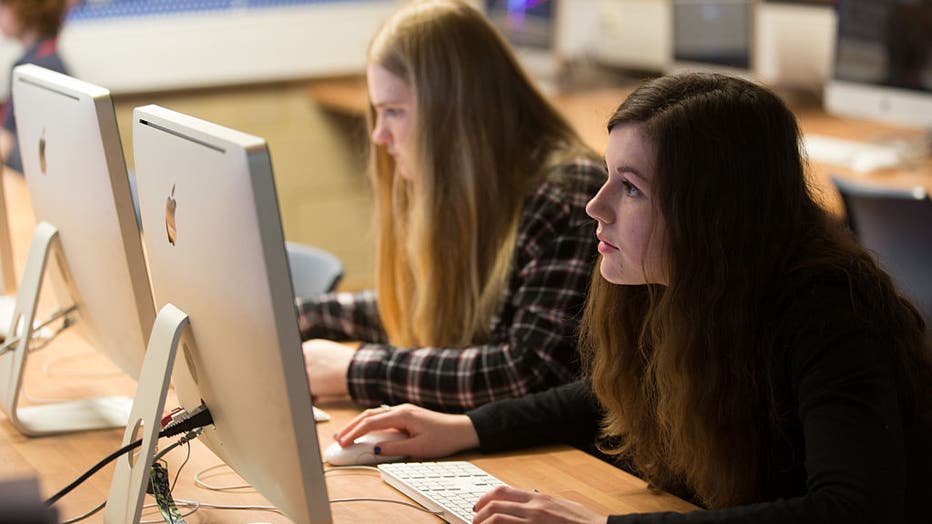 FILE — Pupils at the Ridings Federation Winterbourne International Academy use computers during a media lesson in Winterbourne near Bristol on February 26, 2015 in South Gloucestershire, England. (Photo by Matt Cardy/Getty Images)

Researchers warned that excess screen time can hinder a child’s attention span and cognitive development. And limited activities can bring about feelings of sadness, anxiety, irritability and frustration.

When asked if their child has shown more signs of anxiety, worry or sadness, 53% of those surveyed said yes.

Even so, the survey showed a majority of kids are still participating in playtime that does not include a computer game.