PREVIOUS COVERAGE: Police looking for foster mom, her mother in connection to kidnapping of 5-year-old

SKAGIT COUNTY, Wash. - Authorities say a kidnapped boy from Washington state was found in Vietnam, and they are searching for his foster mom and her mother.

Mount Vernon, Washington police said in November they were searching for a woman suspected of kidnapping her foster son. Officers responded to a custodial interference call in the 1600 block of North 26th Street.

Child Protective Services reported that a foster parent may have kidnapped a 5-year-old boy, who was placed in her care, investigators said.

According to police, the suspect disconnected her phone and vacated her last known address. Police said her mother, Amber Dinges, was "complicit in the kidnapping and fleeing with a 5-year-old juvenile male."

Investigators said they issued an arrest warrant for the suspect, who was identified as 35-year-old Amanda M. Dinges. The warrant is for second-degree kidnapping.

According to police, on Dec. 14 the child was safely taken to a United States Consulate in Hanoi, Vietnam and then flown to Tokyo, Japan.

US authorities traveled to Tokyo the next day to bring the boy home. They arrived in Seattle on Dec. 16 and the boy was to be reunited with his mother.

Investigators said Amanda Dinges and Amber Dinges are not in custody and known to be in Vietnam.

"International recognition of warrants and extradition is a complicated process," Mount Vernon Police said. "Investigators will continue their efforts until such time that Amanda Dinges and Amber Dinges appear in court on the Kidnapping charges in Skagit County, Washington." 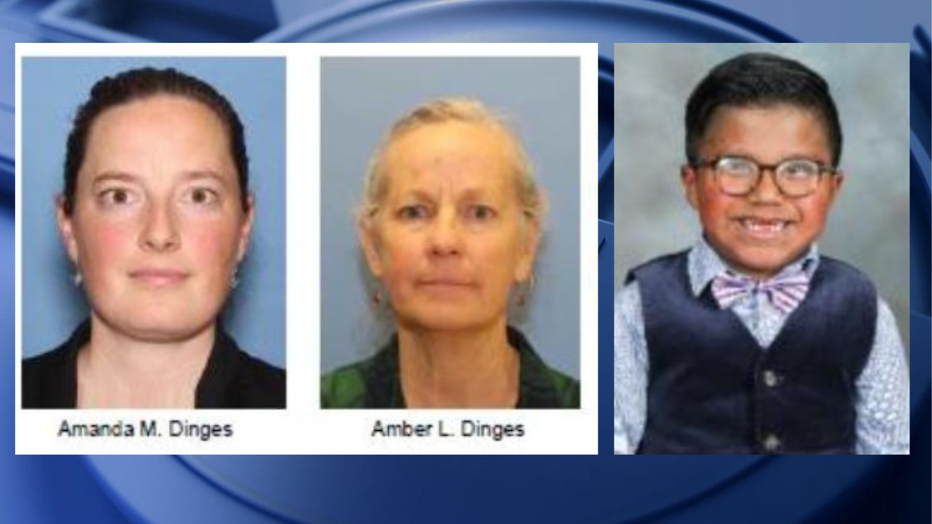 Why wasn't an AMBER Alert issued?

Mount Vernon police said for this case, the actual date of the abduction wasn't known and could only be estimated.

There were no indications that the 5-year-old was believed to be in danger of imminent death or serious injuries.

Also, the child was placed in the care of the suspect and there had been no previous issues.

According to police, these factors did not meet the guidelines for a statewide system activation.

AMBER Alerts are issued for "events that need immediate public attention to help resolve an incident."