DETROIT - Kia is telling owners of nearly 380,000 vehicles in the U.S. to park them outdoors due to the risk of an engine compartment fire. 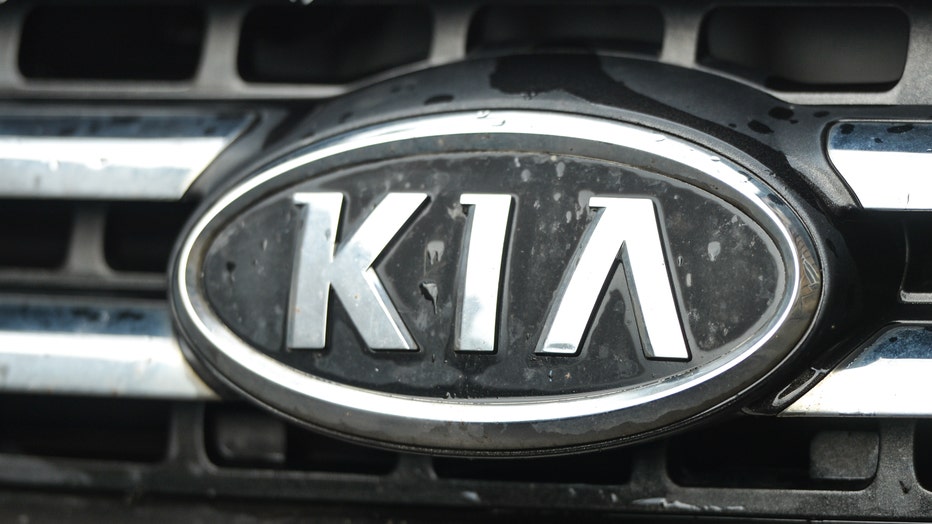 A logo of KIA

The Korean automaker is recalling certain 2017 through 2021 Sportage SUVs and 2017 through 2019 Cadenza sedans to fix the problem. The company says a short circuit in the hydraulic electronic brake control unit can cause excessive current, increasing the risk of a fire. Owners should also park them away from structures until repairs are made.

The company says the recalled vehicles are not equipped with Kia's Smart Cruise Control system.

Owners could see tire pressure, anti-lock brake, or other warning lights on their dashboard before the problem happens. They also might smell a burning or melting odor.

Owners will be notified starting April 30. Dealers will replace fuses in the electrical junction box to fix the problem.

Kia says in documents posted Tuesday by the U.S. National Highway Traffic Safety Administration that it has no reports of crashes, fires or injuries due to the problem.

The recall comes after the National Highway Traffic Safety Administration began investigating Kia and Hyundai engine fires in 2019. The agency opened the probe after the nonprofit Center for Auto Safety filed a petition seeking the investigation. When the inquiry began, the agency said it had owner complaints of more than 3,100 fires, 103 injuries and one death.

In November, NHTSA announced that Kia and Hyundai must pay $137 million in fines and for safety improvements because they moved too slowly to recall more than 1 million vehicles with engines that can fail. The fines resolve a government probe into the companies' behavior involving recalls of multiple models dating to the 2011 model year.

Kia was to pay $27 million and invest $16 million in safety performance measures. Another $27 million payment will be deferred as long as Kia meets safety conditions, NHTSA said.

Kia denied the U.S. allegations but said it wanted to avoid a protracted legal fight.

Engine failure and fire problems with Hyundais and Kias have affected more than 6 million vehicles since 2015, according to NHTSA documents.

Check if your vehicle is part of a recall here.