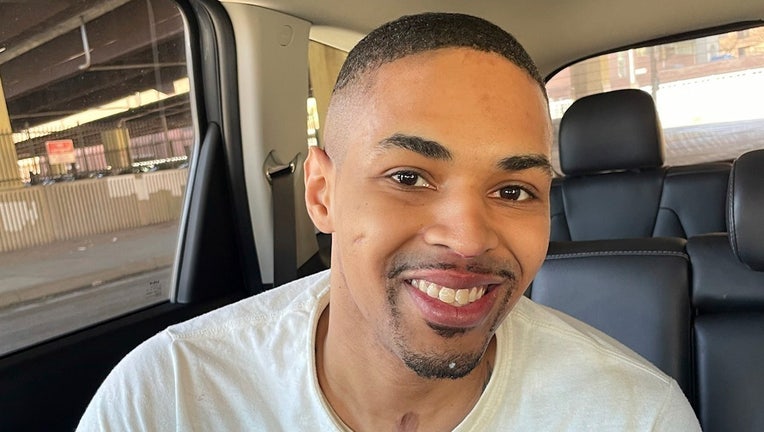 BALTIMORE (AP) - Baltimore’s new top prosecutor dropped all charges Friday against a Black man who stood trial four times for the same killing, freeing him from behind bars and ending a controversial case that repeatedly raised questions about police and prosecutorial conduct.

Keith Davis Jr. was accused of fatally shooting Pimlico Race Course security guard Kevin Jones in 2015, after police claimed his gun matched casings from the shooting scene. Before arresting Davis, officers shot him multiple times, leaving him badly wounded. He survived and has maintained his innocence ever since.

"Today’s dismissal is about the prosecutorial missteps of my predecessor in her pursuit of a conviction at all costs. I have a duty to ensure justice for all, not just the victim but also the accused."

Bates had pledged on the campaign trail to reconsider the case, which his predecessor Marilyn Mosby repeatedly brought to trial. Mosby was defeated in a Democratic primary last year while facing federal perjury charges.

When contacted Friday, Mosby told The Associated Press the case "has always been about the pursuit of justice for Kevin Jones and his family." She declined to comment further.

Jones’ grandmother, Earlene Neals, said she felt blindsided and heartbroken by the news.

"Our family is destroyed," she told AP by phone. "Kevin is getting no justice whatsoever — none."

She accused Bates of using the case for political gain, saying she’s skeptical police will ever identify another suspect now that Davis is free.

Davis was the first person shot by Baltimore police after the 2015 death of Freddie Gray, a Black man severely injured in police custody whose case triggered protests and civil unrest in Maryland’s largest city amid calls for police reform.

A recent confluence of factors helped Davis regain his freedom after seven years behind bars, including growing support from activists and Bates’ 2022 election. Then a defense attorney, Bates beat Mosby in the Democratic primary, which assured him election in November in the heavily Democratic city.

Davis requested privacy Friday and made no public appearance, though he was photographed smiling widely from inside a vehicle after his release. He celebrated with supporters, including his wife, Kelly Davis, who led a yearslong grassroots movement seeking to clear his name.

"I hope people realize, we have watched a wrongful conviction in real time — and we did not look away," she told The Associated Press. "Keith survived the bullets because that was not the end of his story. It was meant to be so much bigger."

She called the case "an indictment of the entire system."

"Keith is not an anomaly," Kelly Davis added, saying many other defendants with credible innocence claims remain behind bars. He’s home now, she said, but "we cannot get these years back that were stolen from us."

At the time of his release Friday, Davis was awaiting a potential fifth trial.

In 2021, after his latest conviction was overturned, prosecutors filed additional charges against Davis, accusing him of attempted murder in a stabbing nearly a year earlier while he was behind bars. When those charges were filed, a Baltimore judge found a "presumption of vindictiveness" behind the prosecution. The same judge also held Mosby in contempt of court after finding she willfully violated a gag order by commenting about the high-profile case on Instagram.

Jones was shot on June 7, 2015, at the Pimlico track in northeast Baltimore.

Hours after the shooting, a Baltimore police officer was flagged down by an unlicensed cab driver in a nearby neighborhood who said someone tried to rob him at gunpoint. Police identified Davis as the suspect, chased him through the streets and cornered him in a mechanic’s garage. Police then fired at least 33 rounds at Davis, striking him three times, including once in the face.

Authorities said Davis had placed a gun on top of the refrigerator he was hiding behind inside the garage. But Davis said the weapon was planted on him after the police shooting.

Davis initially went to trial in 2016 for armed robbery. The jury found him not guilty of all charges except illegal possession of a handgun. About a week later, prosecutors charged him with murder in the Pimlico shooting, citing ballistics testing.

In his announcement Friday, Bates stopped short of declaring Davis innocent. Because he made comments about the case on the campaign trail, Bates said, he requested one of his deputies conduct the formal review.

"It is clear that a blatant disregard for the rules of professional responsibility and the law has permeated throughout the attempted prosecutions of Mr. Davis," Deputy State’s Attorney Thomas Donnelly said in a statement.

"It is clear that a blatant disregard for the rules of professional responsibility and the law has permeated throughout the attempted prosecutions of Mr. Davis."

Baltimore activist DeRay Mckesson, who celebrated with Kelly Davis and others Friday, said he became hopeful after Bates won the primary election, but "it’s not real until it’s real."

He said many of Davis’ supporters were excited to finally meet him in person.

"Today is a reminder that when you organize, you win," he told AP. "It wasn’t easy, but we did it."