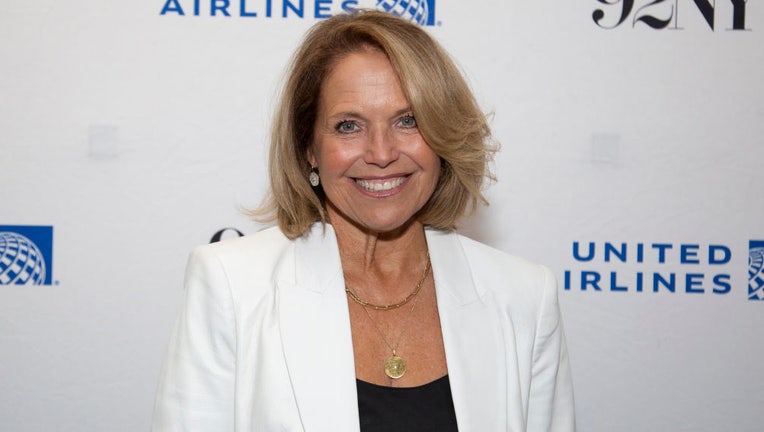 Award-winning journalist Katie Couric shared some personal news on her website Wednesday. Couric revealed that she has breast cancer.

"Every two minutes, a woman is diagnosed with breast cancer in the United States. On June 21st, I became one of them. As we approach #BreastCancerAwarenessMonth, I’m sharing my story as an important reminder to get screened," Couric tweeted.

The New York Times best-selling author opened up about her diagnosis in an essay on her website titled "Why Not Me?"

In the post, Couric said she found out she had breast cancer on June 21, her 8th wedding anniversary, after getting a call from her doctor after a mammogram screening and biopsy.

"I felt sick and the room started to spin. I was in the middle of an open office, so I walked to a corner and spoke quietly, my mouth unable to keep up with the questions swirling in my head," Couric wrote.

The former "Today Show" anchor explained that her doctor reminded her she was overdue for a mammogram since she didn’t have one since December 2020.

Couric wrote that she underwent surgery and completed her final round of radiation on Tuesday.

In her essay, the veteran journalist documented some of her family’s experiences with cancer sharing that her first husband Jay died of colon cancer at age 41. Her sister Emily died of pancreatic cancer, and her mother-in-law died of ovarian cancer.

But Couric explained that other family members had better outcomes with cancer. "My mom was diagnosed with mantle cell non-Hodgkin’s lymphoma, which was kept at bay for a decade. My father’s prostate cancer, which was treated with radioactive seeds. My now-husband John had a tumor the size of a coconut on his liver, which was surgically removed just a few months before we got married. "

The Emmy-winning journalist concluded her essay by reinforcing the importance of getting mammograms.

"Please get your annual mammogram. I was six months late this time. I shudder to think what might have happened if I had put it off longer. But just as importantly, please find out if you need additional screening," Couric wrote.