Kanye West Breaks Down During Abortion Monologue at campaign event

Kanye West delivered a lengthy speech at the event on Sunday, touching on topics from abortion and religion to international trade and licensing deals, before a crowd in North Charleston, South Carolina.

LOS ANGELES - Kanye West tweeted a video of himself on social media urinating on a Grammy Award just one day after taking to Twitter to announce that he won’t drop any new music until he is released from his current contracts with Sony and Universal.

West tweeted photocopies of his record contracts following a tweet that read, “THIS MOMENT IS GOING TO CHANGE THE MUSIC INDUSTRY FOR GOOD ... I FEEL SO HUMBLED AND BLESSED THAT GOD HAS PUT ME IN A STRONG ENOUGH POSITION TO DO THIS ... EVERYONE KEEP PRAYING ... ITS WORKING ... I AM ON MY KNEES THIS MORNING.”

Criticizing record label executives by calling them “masters” in the viral tweets, West continued to discuss his possible departure from Universal and Sony in another tweet on Tuesday. The tweet showed a screenshot of text messages between West and an unidentified person who provided advice about what the rapper should do regarding his contracts.

The person suggested he argue in court that the labels haven’t fully supported him. “If we went that route we would litigate and ask for your masters as part of a settlement. It’s a high risk but high reward strategy,” the individual wrote, adding that West owning his masters could be costly, reminding the rapper of the situation his nemesis Taylor Swift encountered. 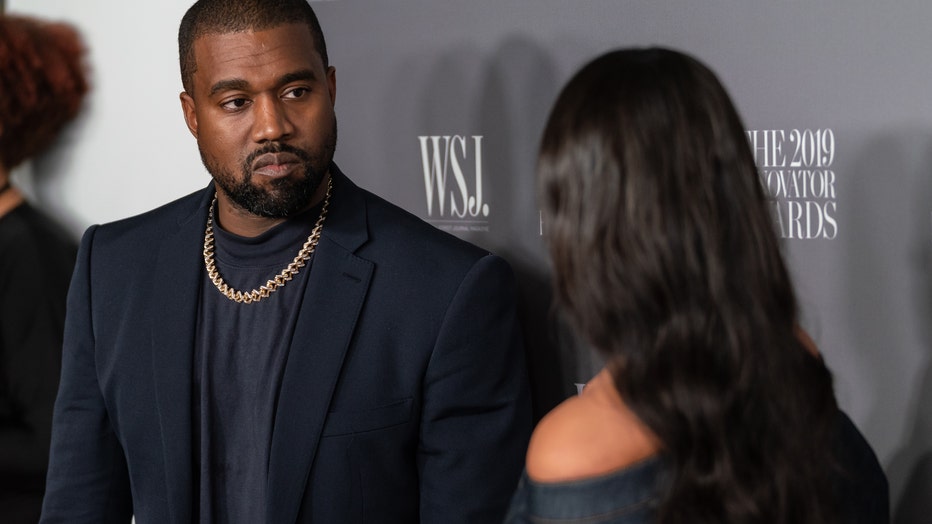 "But if Taylor's cost 300 million yours would cost a lot more I'd assume," the person continued.

West delayed the release of his latest album “Donda,” which was expected earlier this summer.

He had originally started the ongoing Twitter rant by declaring on Monday, “I’m not putting no more music out till I’m done with my contract with Sony and Universal. On God … in Jesus name … come and get me.”

“I need to see everybody’s contracts at Universal and Sony … I’m not gonna watch my people be enslaved," West said in another tweet. "I’m putting my life on the line for my people."

"The music industry and the NBA are modern day slave ships," West continued. "I’m the new Moses," he tweeted.

FOX News contributed to this story