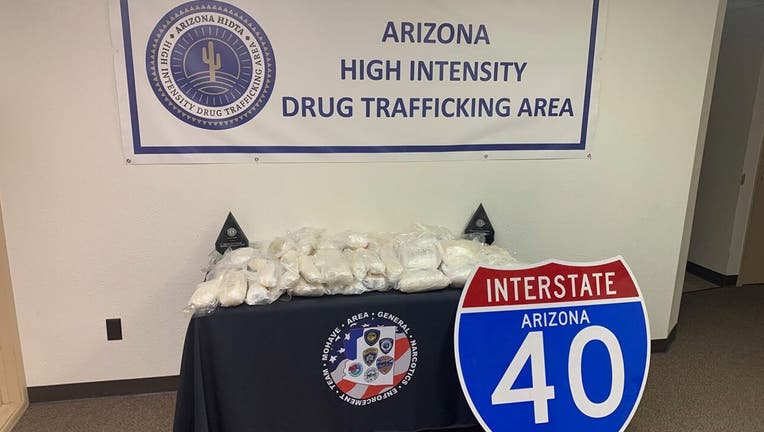 A police dog sniffed around the vehicle and alerted officers to the possible presence of drugs inside, officials said in a post on Facebook.

Inside the vehicle, officials found several hidden bundles of meth that totaled about 89 pounds. Officials said the street value was about $3.9 million.