Gloria Allred spoke to the public after a jury found Bill Cosby liable in the 1975 sexual battery case involving a teen.

LOS ANGELES - Jurors at a civil trial found Tuesday that Bill Cosby sexually abused a 16-year-old girl at the Playboy Mansion in 1975.

The Los Angeles County jury delivered the verdict in favor of Judy Huth, who is now 64, and awarded her $500,000.

Jurors found that Cosby intentionally caused harmful sexual contact with Huth, that he reasonably believed she was under 18, and that his conduct was driven by unnatural or abnormal sexual interest in a minor.

The jurors’ decision is a major legal defeat for the 84-year-old entertainer once hailed as America’s dad. It comes nearly a year after his Pennsylvania criminal conviction for sexual assault was thrown out and he was freed from prison. Huth’s lawsuit was one of the last remaining legal claims against him after his insurer settled many others against his will.

Cosby did not attend the trial or testify in person, but short clips from 2015 video deposition were played for jurors, in which he denied any sexual contact with Huth. He continues to deny the allegation through his attorney and publicist.

Jurors at a civil trial found Tuesday that Bill Cosby sexually abused a 16-year-old girl at the Playboy Mansion in 1975.

The jury began deliberating last Thursday, and announced late Friday it had reached a verdict on all but one issue -- relating to the issue of punitive damages against Cosby. But before Superior court Judge Craig Karlan could even read a partial verdict in the trial, he instead had to dismiss the jury for the weekend because of a hard closure time for the Santa Monica Courthouse.

As a result, the jury had to come back Monday and begin its deliberations from scratch with one alternate member, because Karlan had earlier agreed to allow one juror to be dismissed after Friday due to a prior commitment.

With the alternate juror in place, the jury began deliberating again, failing to reach a verdict on Monday, then hearing brief arguments from attorneys Tuesday morning on legal issues apparently relating to the same problematic question regarding the issue of punitive damages.

The jury's focus on that issue appeared to indicate the panel was leaning toward finding Cosby culpable of at least some level of wrongdoing. On Tuesday afternoon, the jury indicated it was having trouble reaching a verdict on the punitive damages question, but after being sent back for further discussions, it announced a short time later that it had reached a decision. 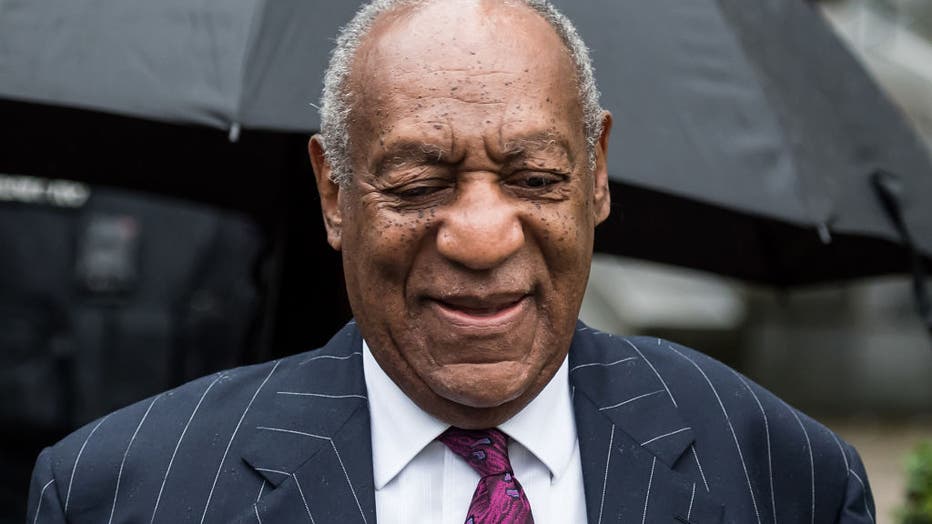 During the nearly two-week trial, attorneys for Canyon Lake resident Huth, 64, accused Cosby -- who is 84 and legally blind -- of assaulting her in a game room at the mansion in 1975, when she was 16 years old. Attorneys said Cosby escorted Huth and her then-17-year-old friend, Donna Samuelson, to the mansion after he met them while in the area to film the movie "Let's Do It Again" with Jimmie Walker and Sidney Poitier.

The case is the first sex-abuse civil trial against Cosby to reach a jury. Cosby did not attend any of the Santa Monica trial.

Cosby's attorneys have staunchly denied any wrongdoing by the comedian, and worked to poke holes in Huth's version of events. They noted in particular that Huth and Samuelson spent as many as 12 hours at the Playboy Mansion after the alleged assault. They also argued that Huth originally claimed the attack happened in 1974 when she was 15, then changed her story to say it occurred a year later.

Huth eventually reported her allegations against Cosby to the Los Angeles Police Department, but the Los Angeles County District Attorney's Office declined to file criminal charges because the statute of limitations had passed.

Huth was able to bring the civil suit under a California law allowing adults who say they were victims of sexual abuse as minors, but repressed what happened to them for years, to pursue such cases.

Cosby was previously convicted in a retrial in Pennsylvania of allegations that he drugged and molested Temple University employee Andrea Constand. He was sentenced in 2018 to 10 years in prison, but that state's Supreme Court overturned the conviction last June after finding that Cosby had obtained a nonprosecution agreement from a prior prosecutor.

The U.S. Supreme Court in March rejected a request from Pennsylvania prosecutors to review the state Supreme Court decision. The criminal case had put the Huth civil case on hold.

Huth contends she, Samuelson and Cosby went to a game room at the Playboy Mansion that had an adjoining bedroom. Samuelson even snapped a photo of Huth and Cosby together in the room, and the image was shown repeatedly to jurors during the trial.

According to Huth, while she was alone with Cosby, the comedian began kissing her and tried to put his hands down her pants. He then allegedly lowered his own pants and forced her to perform a sex act on him.

Cosby attorney Jennifer Bonjean raised questions about the allegations, suggesting the emotional trauma Huth claims to have suffered stemmed from other events in her life. She said the sudden change in the date of the alleged attack was also evidence of "fabrication."

During the trial, a videotaped deposition of Cosby taken in 2015 was played for the jury. In that testimony, Cosby denied assaulting Huth, said he didn't recall meeting her and denied that he would ever engage in sexual activity with an underage girl.

Countering the defense argument that Huth and Samuelson remained at the mansion after the alleged attack, Goldberg insisted Huth was crying after the assault and wanted to leave, but Samuelson convinced her to stay, suggesting she would feel better after taking a swim. Samuelson testified that Huth was crying and was upset, but she did not want to call the police.

The Associated Press and City News Service contributed to this report.