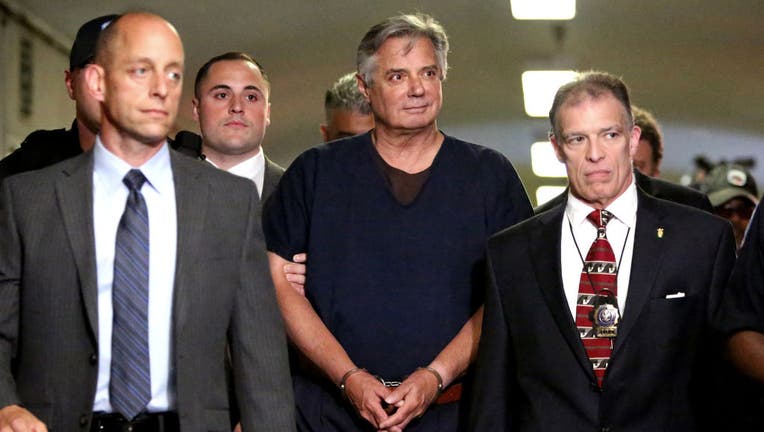 Manafort, 70, was President Donald Trump’s campaign chairman in 2016. He was later convicted in two federal cases stemming from his business dealings and is serving a 7½-year prison sentence.

He wasn’t in court for Wiley’s ruling because of a health problem.

Manafort’s lawyers had argued that the state charges should have been dismissed because they involve some of the same allegations as federal cases that have landed Manafort behind bars.

The factual overlap between the federal and state cases “is extensive — if not total,” Blanche wrote in court papers.

Manafort had a heart-related condition and was moved last week to a hospital from a federal prison in Pennsylvania, two people familiar with the matter told The Associated Press on Tuesday. They were not permitted to discuss the matter publicly and spoke to the AP on condition of anonymity.

He’s already serving a 7½-year prison sentence for misleading the U.S. government about lucrative foreign lobbying work, hiding millions of dollars from tax authorities and encouraging witnesses to lie on his behalf.