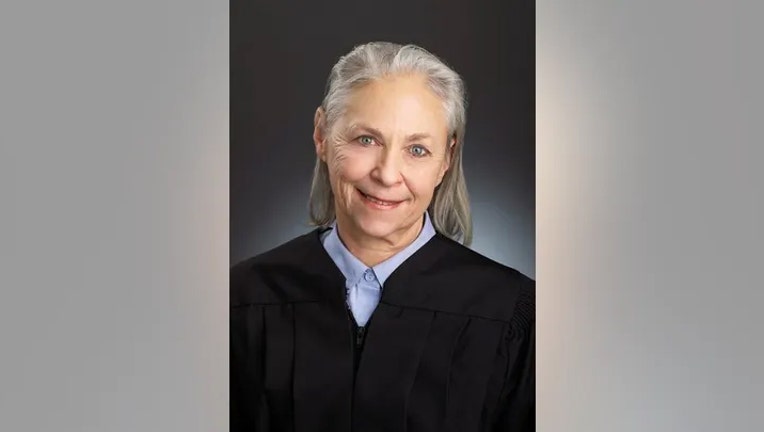 Los Ranchos, New Mexico Municipal Judge Diane Albert was found inside a home on Friday in what police said appears to be a murder-suicide. (Village of Los Ranchos Municipal Court)

A Village of Los Ranchos, New Mexico judge was found dead in her home on Friday in what investigators believe was a murder-suicide.

Deputies with the Bernalillo County Sheriff’s Office conducted a welfare check at a home on Ranchitos Road in Albuquerque after a friend of Eric Pinkerton’s reported a troubling message.

They found two adults dead inside the home, one of whom was 63-year-old Pinkerton.

Police said Pinkerton is believed to have shot his wife Albert and several animals before turning the gun on himself.

The Bernalillo County Sheriff’s Office did not immediately respond to questions seeking additional information about the incident.

In a joint statement, Los Ranchos Mayor Donald Lopes and Village Administrator Ann Simon said: "We are heartsick hearing of the untimely death of Diane Albert, our elected municipal judge.  She was a longtime Los Ranchos resident, a brilliant mind, and a friend.  We can’t ignore that this happened on the International Day for Elimination of Violence Against Women. Our thoughts go out to her family and all those affected."