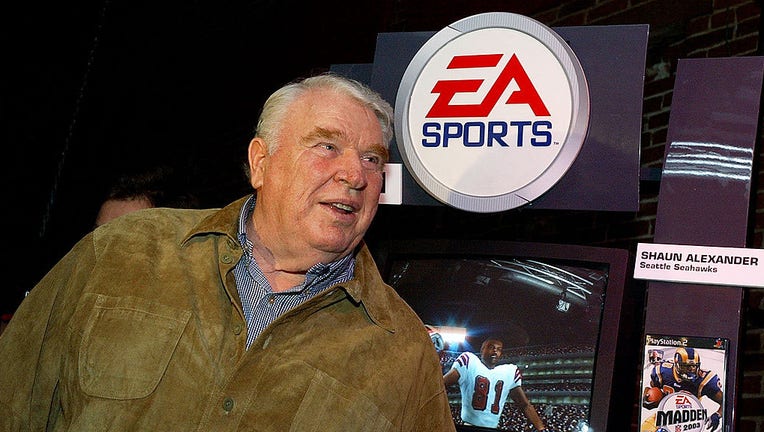 WASHINGTON - One of the most iconic video games ever has some new cover art that gamers will appreciate. Legendary NFL coach John Madden will appear on the cover for the highly-anticipated release of the Madden 23 football video game.

The Hall of Fame coach will grace the cover of the game for the first time in over 20 years. "The #Madden23 cover… Coach Full reveal June 2nd," Electronic Arts tweeted.

Electronic Arts, the creator of the Madden game, will release three unique Madden 23 covers to pay tribute to the football icon’s life and contributions to the video game franchise that helped bolster the love of football around the world.

EA will release more details of its plans to honor the legendary coach in Madden 23 in the coming weeks, the company shared on their website.

The Madden video game first launched on June 1, 1988, and has become one of the most beloved and successful video games of all time. EA has sold more than 130 million copies of the Madden game and has raked in a staggering $4 billion in revenue, according to Forbes.

Madden gained fame in a decade-long stint as the coach of the renegade Oakland Raiders, making it to seven AFC title games and winning the Super Bowl following the 1976 season. He compiled a 103-32-7 regular-season record, and his .759 winning percentage is the best among NFL coaches with more than 100 games.

But it was his work after retiring as a coach at age 42 that made Madden truly a household name. He educated a football nation with his use of the telestrator on broadcasts; entertained millions with his interjections of "Boom!" and "Doink!" throughout games; was an omnipresent pitchman selling restaurants, hardware stores and beer; became the face of "Madden NFL Football," one of the most successful sports video games of all-time; and was a best-selling author.

Most of all, he was the preeminent television sports analyst for most of his three decades calling games, winning an unprecedented 16 Emmy Awards for outstanding sports analyst/personality, and covering 11 Super Bowls for four networks from 1979-2009.

FOX 5 New York and the Associated Press contributed to this story. This story was reported from Washington, D.C.