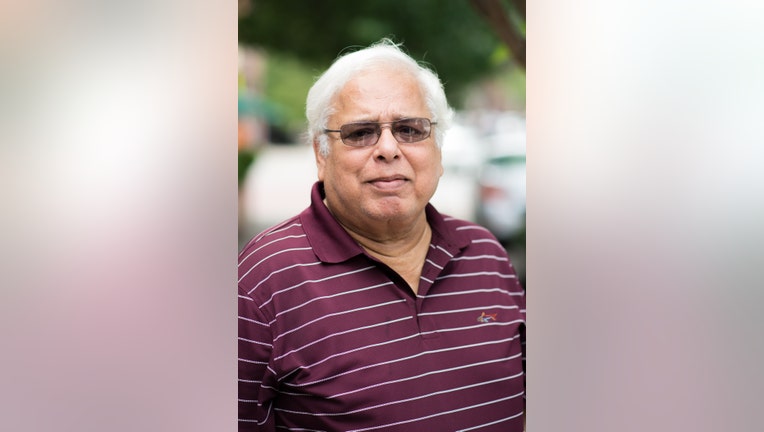 NEW YORK - When a friend of the Khan family got a job working for a New Jersey politician, family patriarch Shafqat Khan was a regular sight at the politician's office, frequently dropping by to seek help for people in need.

It was natural for Khan, a longtime Jersey City resident grateful that he managed to immigrate with his family to the U.S. in the 1980s from Pakistan via Libya. Family members say he spent much of the last two decades finding ways to help other Pakistani immigrants who joined his community just across the Hudson River from New York City.

Khan, who assisted recent immigrants with how to apply for driver's licenses and hosted events for people of different faiths and cultures to understand each other better after the Sept. 11 attacks, died of COVID-19 on April 14 at age 76. He left behind his wife, three children, seven grandchildren and a legacy of connections.

“He had a very clear sense of what was right and wrong and he could not sit aside if he saw someone struggling, if he could help them he would,” said his daughter, Sabila Khan. 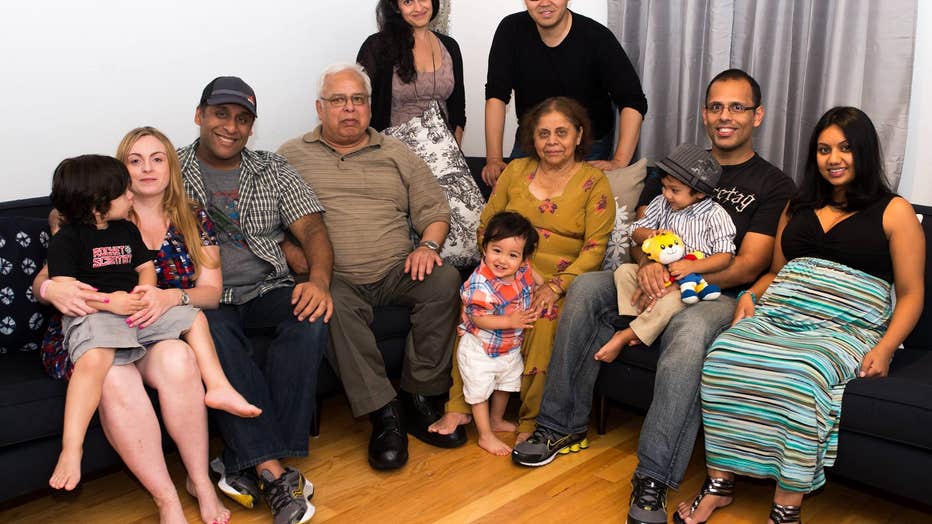 Family photo by Fizza Khan shows her uncle Shafqat Khan, fourth from left, who died from the COVID-19 at the age of 76, his wife Saida Khan is shown with their grandson Gabriel Cheng, fourth from right, his daughter Sabila Khan standing next to her h

It’s something Sabila Khan said she is trying to emulate by starting a social media group for those mourning loved ones lost to the coronavirus so they can connect with each other.

“I really want to believe that I’m carrying on his legacy as best as I can,” she said, choking back tears. “I’m trying to be constructive in how I’m grieving and I think my father would be proud.”

Khan and his wife always wanted to leave Pakistan for a better life in the U.S. but had relatives in Libya so they headed there first in 1974, where he worked in an administrative job for a pharmaceutical company.

That stay ended up lasting longer than the couple had planned and Sabila Khan, the couple's youngest child, was born in Libya before the family of five moved to the U.S. in 1982 and settled in Jersey City.

Khan enrolled in a computer course that was supposed to lead to a job that would allow the family to gain legal U.S. residency. The job never materialized, said Sabila Khan, leading to a difficult period of several years when the family lived illegally and precariously in the country. 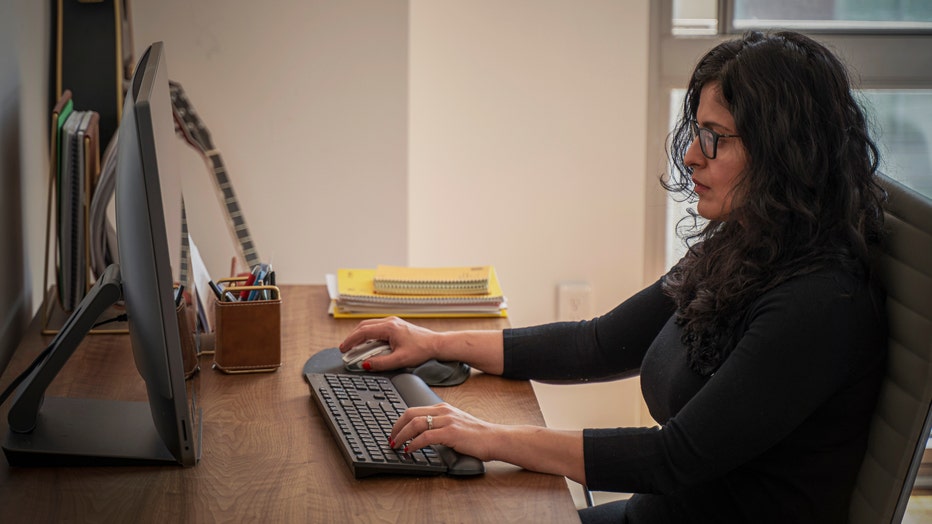 “It was hard, my parents tried to shield us a lot from the troubles they had to deal with, we didn’t have health insurance ... money was always an issue for them, they struggled a lot,” she said.

But Sabila Khan said her father was convinced that the best opportunities for his children were in the U.S. and not in Libya or Pakistan. He landed a job as the general manager of a convenience store with a pharmacy in Brooklyn owned by a person he had tutored years earlier in Pakistan.

That job led to Khan getting sponsorship for himself and his family for legal U.S. residency in the early 1990s and they became U.S. citizens later that decade.

Khan's daughter said she remembered him constantly working six days a week, leaving home in the morning and returning home at night. Khan eventually eased off his heavy work schedule but was always an avid follower of politics and decided to get more involved with Jersey City's large Pakistani immigrant community.

Just before the Sept. 11 attacks, he started a group called Pakistanis for America, aiming to educate Pakistani immigrants about the U.S. political process while helping register them to vote.

But after the attacks, the group shifted its focus to holding events where leaders “from various religious and cultural backgrounds engaged in honest, open dialogue about the state of things post 9/11, including the stigma that Muslims faced,” Sabila Khan said.

Paraphrasing her father, she said he often said that "at the end of the day, we’re all working towards the same goals. We want to keep food on the table for our families and we want opportunities for our kids.”

Khan was eventually diagnosed with Parkinson's Disease, the illness that leads to people having problems with walking and balance.

He spent the last year or so at a Jersey City rehabilitation facility and hoped to return home soon, but the rehab center closed its doors to visitors on March 11 as the coronavirus spread.

That was the last time Khan saw any of his direct family — his wife and one of his sons.

Family members called him regularly over the next several weeks but started hearing from him less after being told he had fever.

In early April, a nurse said Khan was suffering from congestion and by April 6 he had been taken to a hospital emergency room, where Sabila Khan said he had to wait three days to get a regular bed.

Family members using FaceTime told he was loved but saw him with his eyes closed. A nurse told Sabila Khan that he later opened his eyes after that last call.

Since Khan's death, family members have been gratified to hear from people telling them how he helped them adapt to U.S. life.

“This was his life’s work and he made it his mission and he helped people every step of the way," Sabila Khan said.