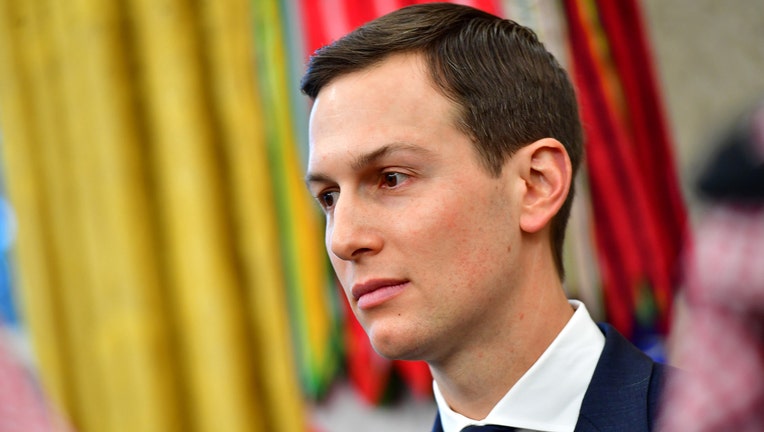 Jersey City has reached an agreement in a lawsuit by White House adviser Jared Kushner’s family’s company that claimed the city tried to sabotage a $900 million residential tower project out of political animosity toward Kushner’s father-in-law, President Donald Trump.

Under terms of the agreement obtained by The Associated Press, the project will move forward and Journal Square Partners, of which Kushner Companies is a principal investor, will release the city from all claims provided certain benchmarks are met. The city’s redevelopment authority is scheduled to vote on the settlement next week.

According to Jersey City Mayor Steven Fulop, the project will go forward without a tax abatement that was at the center of the lawsuit.

In a statement, Fulop said, “after many years and many prior developers who left this property to stagnate, the city’s great team and Kushner Companies have been able to set aside their differences and collaborate to reach common ground."

The project is expected to begin construction next year.

The accord could bring an end to a contentious battle with roots going back six years and fought partially over social media. Journal Square Partners accused Fulop of putting “politics over principle” by violating a pledge to secure the tax break for One Journal Square, a project to build two 56-story residential towers on top of retail and commercial space in a neighborhood long neglected by developers.

Jared Kushner stepped down from running the Kushner Cos. in January 2017 to become an adviser to Trump. The federal lawsuit, initially filed in 2018, alleged that the city had supported the company’s takeover of the project in 2014 and agreed to help it secure tax abatements and other funding, only to change its tune after Jared Kushner was named adviser to Trump.

After Jared Kushner’s sister, Nicole Meyer-Kushner, made a trip to China in 2017 in which she appeared to highlight her family’s White House ties in presentations soliciting money from investors for the project, Fulop posted on Facebook that the city would oppose any tax break.

The lawsuit alleged violations of the company’s constitutional rights to due process, equal protection, free speech and free association, and claimed Fulop’s post and other comments were made to “curry favor with city residents and to harm the Kushner Companies based on Jared Kushner’s role as a senior adviser to Trump.”

It also claimed Fulop, anxious to distance himself from the Kushners and Trump during his 2017 mayoral re-election campaign in the heavily Democratic city, purposely stalled the project until the city issued a notice of default to the developer for not meeting project deadlines. After the company sued, Fulop tweeted the Kushners “try to use the presidency to be pretend victims.”

In an emailed statement Friday, Kushner Companies general counsel Christopher Smith said, “after several years of litigation, we have reached a mutually beneficial compromise with Jersey City and Mayor Fulop to set aside any lingering acrimony and clear the way for this vital addition to the Journal Square revitalization project."

Jersey City experienced explosive growth in the late 20th and early 21st century in its downtown near the Hudson River waterfront facing New York City, much of it fueled by tax breaks that have been criticized by some as too generous to developers. After his election in 2013, Fulop vowed to use tax abatements more judiciously and to steer development projects to other areas of the city.

In its lawsuit, Journal Square Partners claimed the city had approved long-term tax abatements for several other projects in the Journal Square neighborhood during the same time period it was seeking to build there.