LOS ANGELES - Jennifer Aniston was among those who shared tributes for actor James Michael Tyler, known best for playing Gunther on the TV series "Friends," who died Sunday after a battle with cancer.

"Friends would not have been the same without you," Aniston wrote on Instagram. "Thank you for the laughter you brought to the show and to all of our lives. You will be so missed #JamesMichaelTyler." 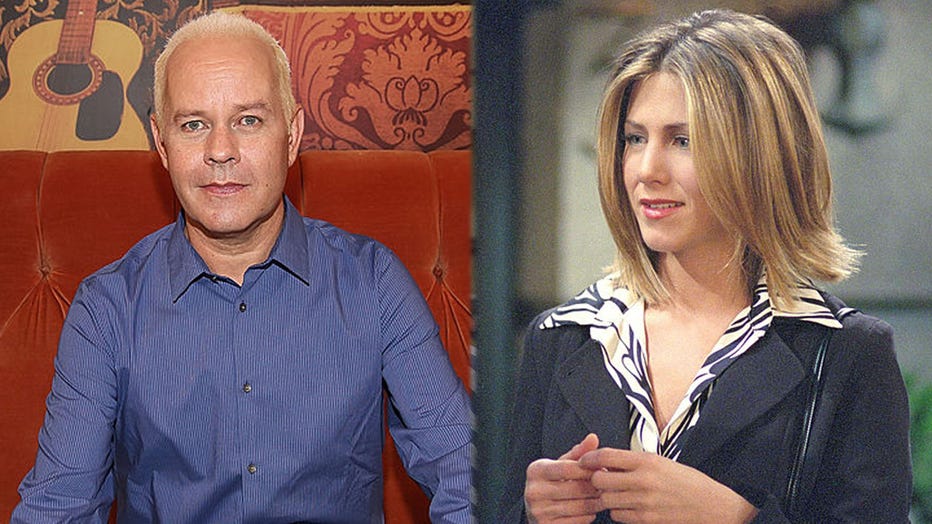 Tyler was best known for his "Friends" role as Gunther, the manager of Central Perk with an unrequited affection for Rachel Green — played by Aniston. The cast of characters frequented the coffee shop throughout the 10-season sitcom, and Aniston's character worked there for multiple seasons.

He died Sunday at home in Los Angeles after battling prostate cancer, according to his manager, Toni Benson. He was first diagnosed with advanced prostate cancer in 2018 after undergoing an annual checkup.

"James Michael Tyler Our Gunther passed away last night. He was an incredible person who spent his final days helping others. God bless you James, Gunther lives forever," Kevin Bright, who served as a "Friends" executive producer, tweeted Sunday.

Tyler had appeared briefly in 1990s series like "Just Shoot Me!" and "Sabrina the Teenage Witch" before being cast as a background character in the second episode of "Friends" in 1994. Over the show's multi-year run, he became the most frequently recurring guest star on the series.

Many fans of the show even dubbed him the seventh friend. Once "Friends" concluded in 2004, Tyler made appearances on "Scrubs," "Modern Music" and he played himself on an episode of Matt LeBlanc's "Episodes" in 2012.

LeBlanc, who played Joey Tribbiani on "Friends," also wrote on Instagram that Tyler "will be missed."

"We had a lot of laughs buddy. You will be missed. RIP my friend," he wrote.

"Friends" star Lisa Kudrow, who played Phoebe Buffay, shared a photo of Tyler and wrote, "James Michael Tyler, we will miss you. Thank you for being there for us all."

Courteney Cox also shared a touching tribute to him. "The size of gratitude you brought into the room and showed every day on set is the size of the gratitude I hold for having known you. Rest In peace James," wrote Cox, who played Monica Geller on the show.

He spent the last few years of his life attempting to raise awareness for early screening for prostate cancer. He continued to perform throughout being treated for the disease, appearing in two short films and winning best-actor awards at multiple film festivals.

Tyler is survived by his wife, Jennifer Carno.