Jennie Garth may be best known for TV shows like "Beverly Hills, 90210," "What I Like About You" and "Jennie Garth: A Little Bit Country," but her latest project is a soapy cinematic thriller. The Tubi original movie "Bad Influence" follows a single mom whose teenage daughter winds up getting sucked into a high school cult. And, according to Garth, it was actually a surprise that she wound up taking the role at all.

Chicago - Jennie Garth may be best known for TV shows like "Beverly Hills, 90210," "What I Like About You" and "Jennie Garth: A Little Bit Country," but her latest project is a soapy cinematic thriller. The Tubi original movie "Bad Influence" follows a single mom whose teenage daughter winds up getting sucked into a high school cult. And, according to Garth, it was actually a surprise that she wound up taking the role at all.

"When I read it, I was really prepared to not want to do the movie and to just read it and say, ‘No, I'm okay,'" Garth explained to FOX Television Stations. "My manager was kind of shocked when I actually read it and said, 'I think I'd like to do this.'"

WATCH FREE ON TUBI: Jennie Garth in "Without Consent"

Garth plays Joan, a single mom who is overjoyed to discover that her teenage daughter Lily is finally making friends at her new high school — at least until it becomes clear that Lily has fallen in with a group who have a strange, self-centered and possibly dangerous moral code.

Asked how she would react if she found herself in Joan’s shoes, Garth explained, "As a mom, it's easy to relate to this character for sure ... You know, you don't know really what's going on in your kid's life because they have their own world and you have to put a lot of faith in them and trust them." She added, "As a mom, you just [keep your] fingers crossed and you pray and you hope that your kid is out there making smart choices. I know when my daughter gets out of the car pretty much every day, it's like a joke with us, but I would say, 'Make smart choices!'" 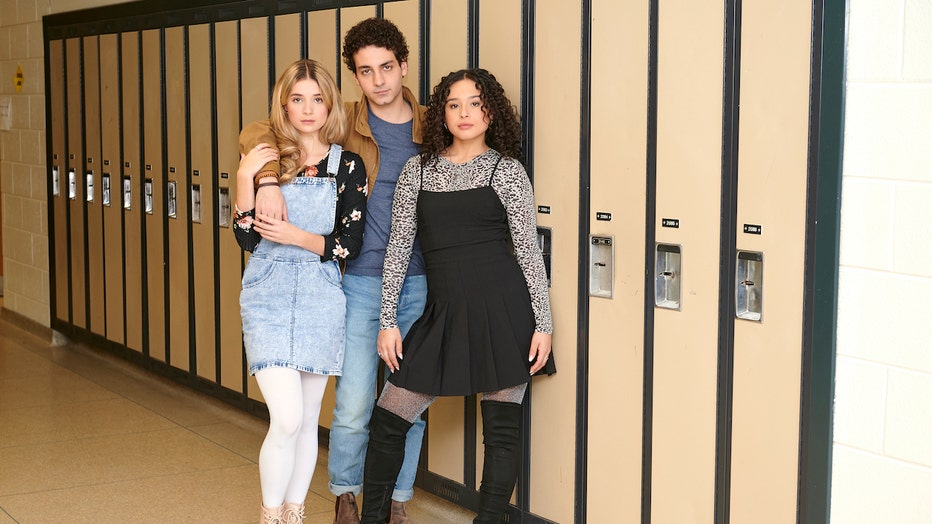 A major theme of "Bad Influence" is the balance of boundaries and privacy that parents have to strike with their teenage kids. And that’s an experience Garth knows firsthand.

"I've been there, I've been that mom," Garth laughed when discussing a scene where Joan goes snooping through Lily's nightstand. "Sometimes it's a tough call to make as a parent because you want to give your kid that privacy that you know that they want, and that sort of human right to privacy. But as a parent you have to sort of define, like, is privacy a right? Or is it a privilege? Or is it a learned right? And I kind of feel like it's something that you have to learn and earn, and sort of walk the walk."

She added, "I feel like you just really have to listen to your own instincts as a parent, as a mom in my position. And go with your gut on that as to what is right for you and your kid." 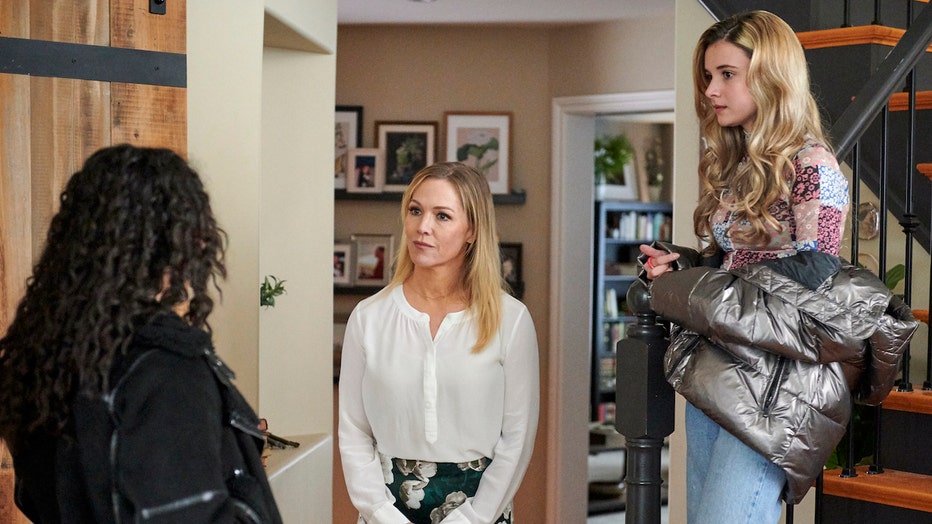 Indeed, Garth also has plenty of empathy for the character of Lily too. Garth herself moved to new schools during both junior high and high school, and eventually wound up getting her GED so she could focus on starting her career. Asked which teenage archetype she would’ve played in this movie at the start of her career, Garth had an immediate answer.

"I would've definitely been asked to play Lily's character. I'm pretty sure of that," she explained. "So it's fun to now be playing the character's mom because it's just a different layer of life experience, and a different, sort of, well of emotions and understanding and relatability that you can bring to the role."

Given that "Bad Influence" involves a group of high school students, Garth also took a moment to reflect on her own days playing teen idol Kelly Taylor in the "Beverly Hills, 90210" franchise. Asked which members of West Beverly Hills High School would be most susceptible to joining a cult, Garth settled on Kelly and Brenda (Shannen Doherty).

She also teased that Kelly might have actually joined a cult at some point on the series — which you’ll eventually be able to hear her discuss on her podcast "9021OMG," where she revisits the iconic ’90s teen drama one episode at a time with co-star Tori Spelling.

The journey into podcasting has been a fun one for Garth, who explained: "In the beginning, I didn't know what we were doing. Like, I didn't know what a podcast was, I didn't know how to do a podcast. I still don't really know how to do a podcast. I just go and get on the screen and record myself and my friends having a conversation. And literally just watching the episode back and just talking about it — whether we're ripping it apart and making fun of it or relating to it, it's just so fun. And the fans are along for the ride, which makes it even more fun."

You can watch the full interview above.

Caroline Siede contributed to this report.