The coronavirus pandemic has caused a massive disruption in the retail economy. J.Crew has filed for bankruptcy protection. Other retailers are suffering and may not reopen. Others are attempting to adapt.

NEW YORK - The owner of clothing retailer J.Crew is filing for Chapter 11 bankruptcy protection just over three months after the first person in the U.S. tested positive for COVID-19.

More bankruptcies across the retail sector are expected in the coming weeks with most stores still closed, though states have begun a staggered restart to their economies.

Sales at stores and restaurants plunged in March by the largest amount on records that date back to 1992. That threatens the overall health of the U.S. because consumers drive 70% of economic activity in the country.

Parts of the retail sector were already under duress before the arrival of COVID-19 due to seismic changes in what is bought and how. The most vulnerable are losing the ability to pay bills. 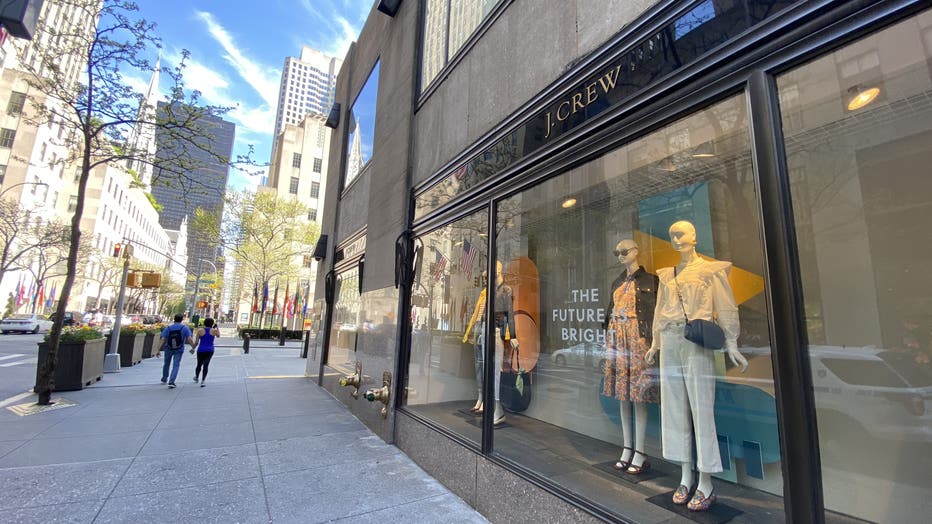 A street remains mostly deserted near a J Crew store during the coronavirus pandemic on May 3, 2020 in New York City. Photo by (Rob Kim/Getty Images)

J.Crew, already in trouble before the pandemic and laden with debt, and was acquired by TPG Capital and Leonard Green & Partners for $3 billion in 2011.

Retail veteran Mickey Drexler led J.Crew for more than a decade when it became a coveted fashion brand. But the chain appeared to lose its way at some point and Drexler severed his last ties with the company in January 2019.

Operations at J.Crew will continue throughout a restructuring and clothing will still be available to purchase online.

The company said Monday that it anticipates its stores will reopen when it's safe to do so.

In its last full year of operations, J.Crew generated $2.5 billion in sales, a 2% increase from the year before.

J.Crew had aimed to spin off its successful Madewell division as a public company and use the proceeds to pay down its debt. The company said Monday that Madewell will remain part of J.Crew Group Inc.